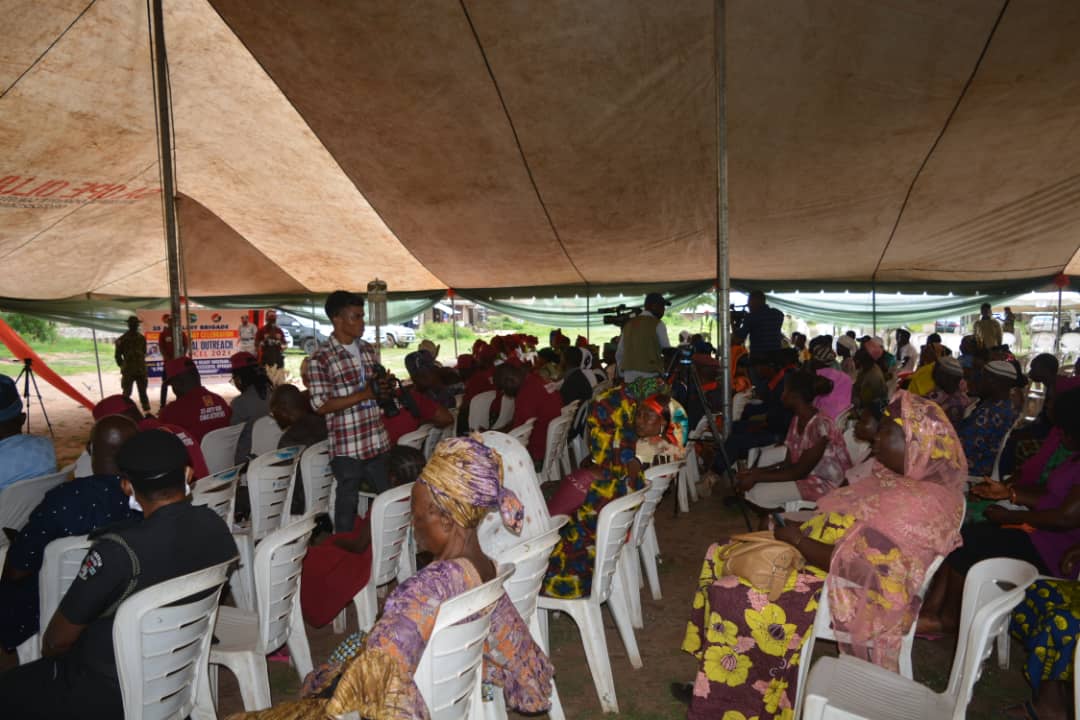 As part of the activities lined up to mark the 2021 Nigerian Army Day Celebration (NADCEL), the Nigerian army carried out a free medical outreach in Abeokuta.

No fewer than 1000 persons got free medical cards from the 35 Artillery Brigade of Ogun state during the medical outreach at Ijaye Titun in Abeokuta North Local Government Area of Ogun State.

The Brigade Commander, Brigadier Gen. Adewale Adekoya, Commander of 35 Artillery Brigade Alamala while speaking with journalists in Abeokuta during the exercise hinted that the outreach was aimed at improving the health of the people, as well as, fostering better relationships between the military and civilians in the community.

Noting that the exercise was in line with the directive of the Chief of Army Staff, Major General Farouk Yahyah, to carry out this medical outreach to let the citizens know that the Nigerian Army are to secure the citizen and not to scare, provide security aid to civilian authority.

“The indigenes should not fear the Nigerian Army.

“We are to reach about a thousand beneficiaries today, we have drugs here which we have provided to a thousand people as many as they are here to benefit out of it,” he said.

Adekoya appreciated the governor of Ogun State, Prince Dapo Abiodun, for his support concerning security in the state.

“When the executive Governor does that, I can assure you that Ogun State people will sleep with their two eyes closed.

“All issues of kidnapping, cultism, all issues of the various social vices that have been ravaging the state, including various issues like banditry, and even our various forest reserves that have been taken over by bandits, smuggling, vandalism, I can assure you when Operation Messa commences, that Ogun State will be the most secure state in Nigeria as a whole.”

The transition committee Chairman, Abeokuta North Local Government Prince Babatunde Tella commended the effort of the Nigerian Army for contributing their quota to meet the social welfare of the people.

“I believe the community will appreciate it the more because they will get all the medical things they will give here free. They are contributing to the environment in which the barrack is sighted,” Tella said. 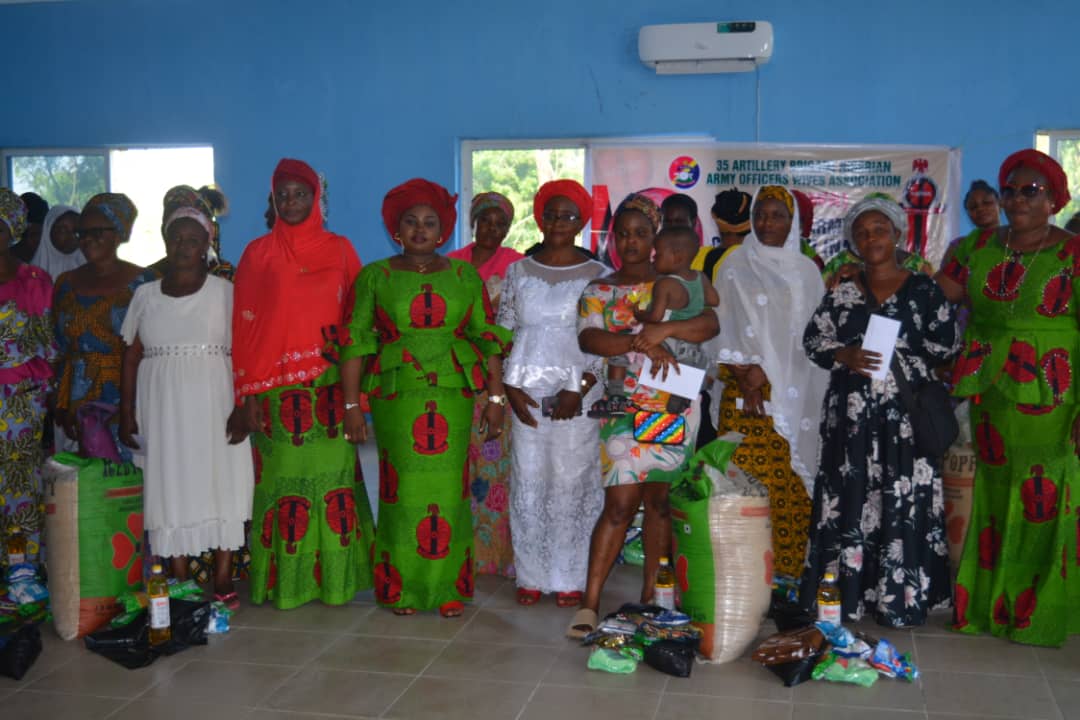 The wife of the commander and the zonal coordinator Mrs Adeola Adekoya sympathizes with the children and appreciated the care and love people showed to them.

She advised parents to take good care of their children and shouldn’t abandon them.

One of the beneficiaries, Mrs Okon who is the widows’ coordinator, Alamala Barracks, while appreciating the gesture said, “some of the villagers don’t have money to take care of themselves but through this outreach, a lot of them came out in large numbers to take care of their medical treatment and drugs for free.

“We really appreciate our Brigade Commander for doing that,” she submitted.