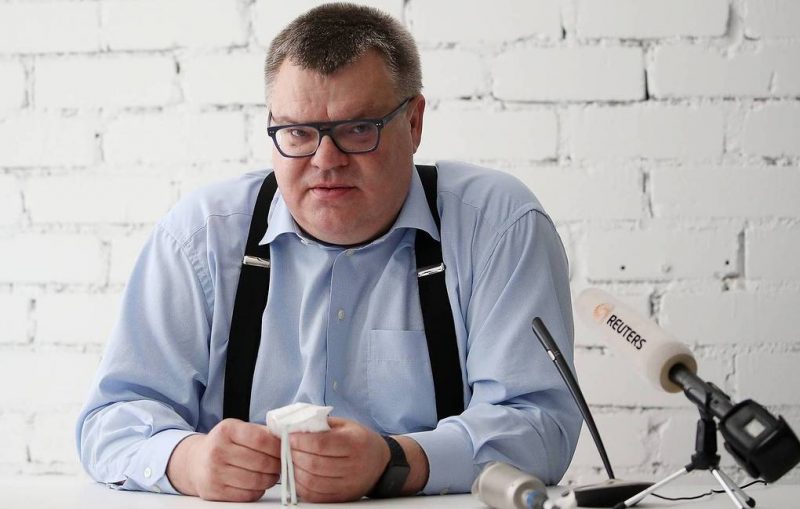 A court in Belarus has sentenced former Belarusian presidential contender Viktor Babariko to 14 years in prison on corruption charges.

Local media and Russian news agencies reported this on Tuesday.

Babariko’s team said before the ruling that the charges against their client had been fabricated to thwart his political ambitions.

Babariko, the former head of Belgazprombank, was arrested last June as he was trying to register as a candidate to run against veteran leader Alexander Lukashenko in a presidential vote critics and observers say was massively rigged.

Prosecutors had requested that Babariko, who maintains his innocence, be sentenced to 15 years in jail for his alleged offences.

After Babariko was barred from running and detained, Maria Kolesnikova, one of his allies, joined forces with two other women – Sviatlana Tsikhanouskaya and Veronika Tsepkalo – to lead the opposition’s campaign.

Kolesnikova is now jailed in Belarus.

Tsikhanouskaya, who ran against Lukashenko and has since emerged as the opposition’s most prominent figure at liberty, is trying to undermine Lukashenko from neighbouring Lithuania.

Belarusian authorities have cracked down on the anti-government protests that erupted in the wake of the vote, prompting a flurry of Western sanctions against Minsk.

Lukashenko, who has been in power since 1994, denies electoral fraud.