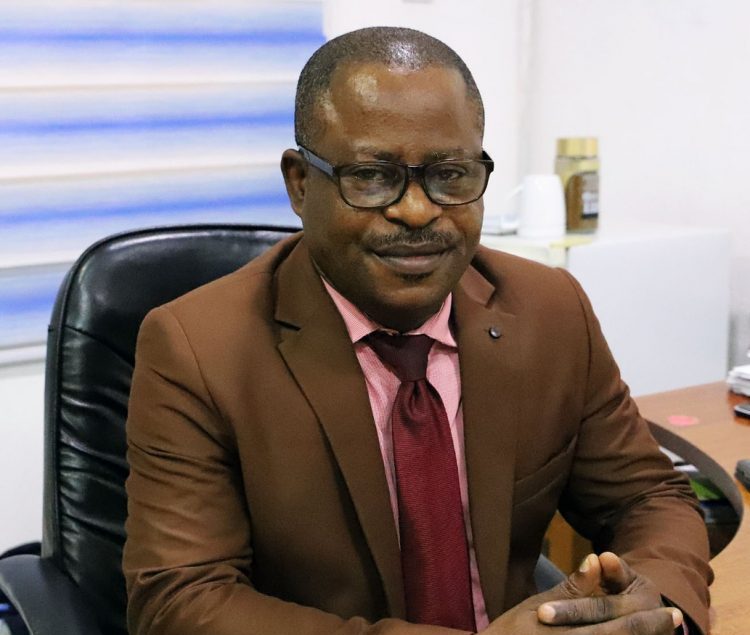 The death of Keren-Happuch Akpagher, a student of Premier Academy, Lugbe Abuja, has generated reactions from the public, amid allegations that the 14-year-old was sexually assaulted in the school which led to her death. In this interview, the acting Principal of Premiere Academy, Lugbe, Chris Akinsowon, spoke on allegations against the school,  police investigation, and effort of the school to get justice for Keren. Excerpt:

Controversy has continued to trail the death of your student, Miss Keren-Happuch Akpagher, can you shed light on the circumstances surrounding her death?

Miss Keren-Happuch Akpagher was not just our student, she was our daughter, sister and our friend. We deeply mourn her unfortunate death, and we commiserate with her family on her untimely demise. May the good Lord comfort them, and grant her soul eternal rest.  We appreciate the outpour of emotions and empathy that have trailed her death. These have shown the collective grief that we all share over Keren’s passing, and at a time like, as a people.

Keren Akpagher was a student of Premiere Academy Lugbe, Abuja until her demise on Tuesday, 22nd June 2021. She was admitted into the Academy (JS 2) on 16th April 2019 but she resumed on Sunday, 28th April 2019.

On admission, according to the medical report and her mother’s attestation, Karen Akpagher was diagnosed with Type I Diabetes Mellitus at the age of nine (9) and had been on Insulin Injection. The Insulin Injection was handed over to our clinic by her mother Mrs. Vlhimga Vivien Akpagher. We judiciously administered the Insulin to her twice each day until she left the school in a healthy condition on 19th June, 2021.

All through her stay at Premiere Academy, Keren’s health was managed with a controlled diet and frequent monitoring of her blood sugar level by our well-trained health officials at the clinic. The last fasting blood sugar test she did on Thursday the 17th June, 2021 was 114mg/dl.

Keren Akpagher visited the school’s clinic on 17th June, 2021, with a complaint of redness of the eye. Her mother Mrs. Akpagher requested that she should be taken to see an Ophthalmologist on Saturday, 19th June, 2021 and she was taken for the appointment on the morning of that same day.

She returned to the school the same day (Saturday), and her mother further requested to pick her home because Keren insisted on going home for the weekend. An exit permission was granted and she went home with her mother in a stable condition.

On Monday morning – 21st June, 2021, we learned she became ill and was hospitalised. We mobilised immediately and visited her at the hospital – Queen’s Clinic Wuse, Abuja. It was heart-rending when we heard of her demise the next day – Tuesday, 22nd June, 2021.

Going by the account of the mother, Keren took ill while in your custody; what was the level of medical attention given to her by the school?

We accord the health and total care of our students topmost priority. This is evident by the investment that we have made into providing quality health facilities and qualified health professionals at the school clinic.

Since Keren was admitted into our school in 2019, we have managed her health condition excellently. And, a few days before she passed, she visited the school’s clinic –precisely on 17th June, 2021, with a complaint of redness of the eye. While treatment was being arranged for her, upon the request by her mother Mrs. Akpagher to take her to an Ophthalmologist on Saturday, 19th June, 2021, she was granted an exit form the school. She was taken for an appointment with the eye specialist on the morning of that same day.

Can it be correct to say that the school was negligent in the management of Keren’s health condition, which prompted the mother to take her to a private hospital, and even the girl to demand that she should be taken home?

It is unfair to accuse the school of being negligent in the management of Keren’s health condition. Moreso, the police investigation is still ongoing, and we have extended our cooperation with the Nigeria Police in their efforts to unravel the circumstances surrounding her death. We restate our assurance to the investigation team and the world of our continued cooperation to ensure the case of Keren is thoroughly investigated. We shall not leave any stone unturned to ensure she gets justice.

The mother has alleged that she was sexually abused. In deference to the medical report from the private hospital where she was admitted to, would it be correct to say that the management of the school was not aware of the case of defilement?

There was no disclosure or communication to the school about the case of alleged sexual assault. It was on Monday morning -21st June, 2021, that we learned she became ill and was hospitalised. Remember that the mother had already taken an exeat from the school for her. On hearing that she was hospitalised, as a school, we mobilised immediately and visited her at the hospital – Queen’s Clinic Wuse, Abuja. It was heart-rending when we heard of her demise the next day – Tuesday, 22nd June, 2021.

Is there a suspicion that someone within the school system might have violated Keren, whether a staff member or a fellow student?

The police are already investigating. Officials of the school have appeared before the police investigating team, and we will continue to cooperate with authorities in their quest to get to the root of the matter. We have also set up an investigation panel to review our internal procedures for any likely breach that might have occurred. But, let us await the outcome of the Police investigation.

What are the steps taken by the school management to deal with this issue internally?

As a caring institution, the first thing we did was to show empathy for the bereaved family. At various levels, we have visited the family of Miss Keren-Happuch Akpagher to commiserate with them. Our hearts are with the family and pray that the Almighty God comforts them in this trying time. We also pray for the peaceful repose of the soul of our dear daughter, sister and friend.

Now, to the issue, we have set up an investigation panel to review our internal procedures for any likely breach that might have occurred. But, let us await the outcome of the Police investigation.

What is the scope of investigation being carried out by the Nigeria Police? Has any culprit been fingered?

We cannot speak for the Nigeria Police. We are not in a position to know how far they have gone in their investigation. Our officials have been interrogated, and we shall continue to cooperate with the government authorities to ensure thorough investigation is conducted.

If at the end of the police investigation, the school is indicted, will Premiere Academy take responsibility for what happened to Keren?

We are a law-abiding institution. The school will not shield anyone who may have been fingered over this wicked act, which we condemn in its entirety.

Whoever the culprit may be, no matter his affiliations, will be subjected to the school’s strict rules of engagement. After that, the offender shall be handed over to the Police for prosecution in accordance with the applicable laws of the Federal Republic of Nigeria and we will follow through to ensure Justice is served.