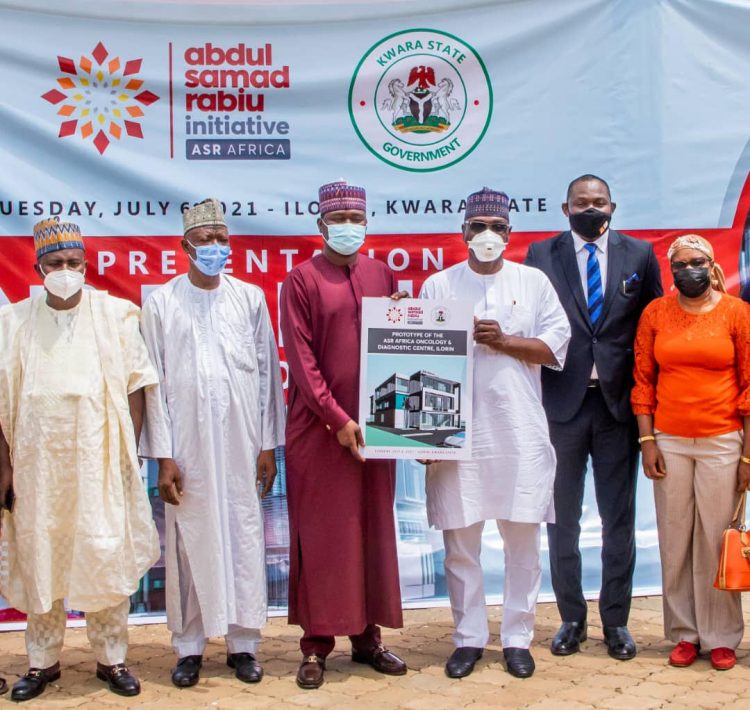 Construction of the N2.5bn oncology and diagnostic centre donated to Kwara State Government will begin in August and will be completed 12 months after, business mogul Abdul Samad Rabiu (ASR) has said.

Founder of the ASR Initiative announced this on Tuesday, adding the specialist facility would be the best in West Africa region for the treatment of cancer.

“ASR Initiative Africa was initiated with the sum of $100m for each year towards education, health and social development in Africa.

“We have decided to intervene in health care in four states in Nigeria with an investment of N2.5bn in each of the four states,” the businessman said in Ilorin when the firm presented the prototype of the facility to the government.

“The project in Kwara State interests us very well. What will be built in Ilorin, Kwara State, will be a stand -alone Hospital which will be the largest in West Africa.

“This will go a long way in reducing the pains of our people. We have seen the seriousness of this Kwara State Government. We are ready and we will move to site in August as directed by Alhaji Abdul Samad Rabiu. The project will be completed within 12 months.”

He was represented at the event by the Group Executive Director of the BUA Group Alhaji Kabir Rabiu.

The businessman said the facility would complement the “huge investments” of Governor AbdulRahman AbdulRazaq in human capital development and the health sector, describing the recently concluded intensive care unit (ICU) facility of the administration as a watershed.

AbdulRazaq commended the ASR chief for his huge donations and other supports to the state, including another N1bn to the University of Ilorin.

The Governor said the administration has been deliberate in revamping the health sector to make the state the go-to place for medical tourism in the north and some southwestern states.

“This initiative will be another major attraction for the General Hospital Ilorin and the state. It is going to become a big deal for healthcare and Kwara will become the hub of medical tourism especially in specialist care for states like Niger, Kogi, Osun and some parts of southwest like Oyo and Ekiti States,” he said.

He added: “We cannot quantify the huge benefits of these infrastructures we are putting in place. At the backend of it is the potential for the IGR of the state.

“We will also be attracting experts in this field, while the research that will be done in the facility will open new frontiers in cancer management. What we’re doing here is a whole lot of masterpiece that will make Kwara State a cancer centre in West Africa.

“So, health is our priority. Since we came in, we have made significant impacts. We have very good people managing our health facilities and we are seeing improvement in the health sector.

“In fact, on COVID-19 vaccination, we topped most of the indexes. I must commend our team in the health sector for the advocacy and good jobs and for the management of our health facilities. We have seen serious turnarounds in the date of patient attendance in our hospitals.”