Kyari pushes for cut in payout to oil communities in PIB 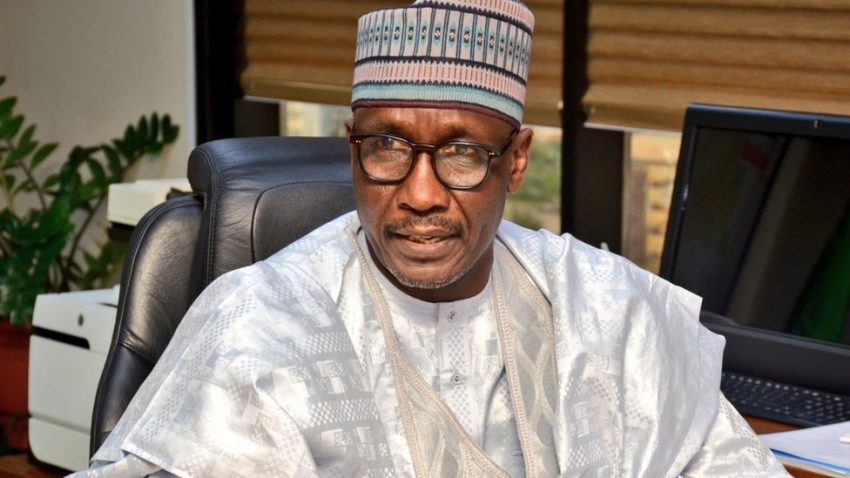 Mele Kolo Kyari, the NNPC boss may have incurred the wrath of oil communities by asking the National Assembly to peg at 2.5 percent oil profit payable to host communities, according to the Petroleum Industry Bill.

While the House of Representatives in the version of the bill passed provides 5 percent to the communities, the Senate put it at 3 percent.

Both chambers are scheduled to meet this week to harmonise the two bills before it is passed for President Buhari’s signature.

But Kyari at a forum in Abuja on Monday, urged the National Assembly to lower the share of oil producing communities to 2.5 percent.

“It was a very, very considered proposal from the executive that we should make it 2.5%,” Kyari told an oil summit in Abuja, adding that it makes business sense and would be “sufficient to deliver value to these communities”.

He warned that too large a stake would drive big oil companies out of Nigeria, leaving a gap that local producers would struggle to fill.

“We are at the verge of losing them. That is the truth,” he said of the oil majors.

Senator Sabi Abdullahi, speaking on behalf of the Senate president, said the two chambers would agree on a finalised package before recess this month.

“It is not possible for us to abandon this before we go on vacation,” Abdullahi said.

But Kyari spoke on a day that the umbrella political group for the oil producing region of Niger Delta, PANDEF, demanded 10 percent.

Chief Edwin Clark, leader of the group, whose speech was delivered in Abuja, described the PIB, satanic, unjust and embarrassing to Niger Delta.

He said it has dashed the hope of the people of the Niger Delta region.

Clark said the provision that allocated a huge 30% of profits for further frontier oil exploration in the north was a source of concern.

He said it is an absurd provision especially in a fast changing world as investment shifts away from fossil fuel.

Clark declared that the region has had enough of the post-colonial oppression and will be resisting it.

He said the bill does not reflect the long clamour by the people of the region for equity, fairness and justice.

He warned that Niger Delta will take their destinies in their hands and deny International Oil Companies (IOCs) entry into the region should the National Assembly fail to reverse the passed bill.

“Given the depth of ingratitude expressed and delivered after decades of exploitation and neglect of the region, the entire people of the Niger Delta region, for and on behalf of the host communities, vehemently reject the following aspects of the bill: the 3% and 5% of Operating Expenditure granted to the Host Communities; the fraudulent and provocative 30% provision for the Frontier Exploration Fund.

“And now demand: the PIB must be reversed, reviewed and amended to ensure that the Oil-Bearing Communities must now receive not less than 10% of Operating Cost.

“If this is not done, the Niger Delta people may be forced to take their destiny into their own hands and all IOCs may find themselves denied access to their oil activities in such communities.”

Governors of Southern states at a Forum in Lagos on Monday supported 5 percent share for oil communities.

“The Forum rejects the proposed 3% and support the 5% share of the oil revenue to the host community as recommended by the House of Representatives;

“The forum also rejects the proposed 30% share of profit for the exploration of oil and gas in the basins”, Governor Rotimi Akeredolu of oil producing Ondo state said.