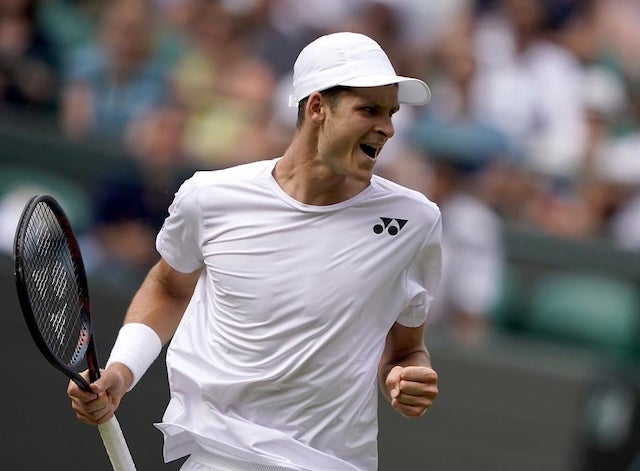 Hurkacz, seeded 14th, was trailing Medvedev one set to two, but leading 4-3 in the fourth set when the match was postponed because of rain.

When they resumed today, the Polish player broke the Russian to go 5-3 and and served next to take the set to level up.

He went on to clinch the decisive final set 6-3.

The victory made Hurkacz further beat his own Grand Slam record of 2nd Round.

After reaching a record 4th Round, he has now reached his first quarter-finals.

His previous record as a Polish player was his winning of an ATP Masters 1000 singles title in Miami this year.

Hurkacz will next meet Roger Federer on Wednesday for a place in the semi-final.