I am hurt, broken - Davido breaks silence on death of Obama DMW 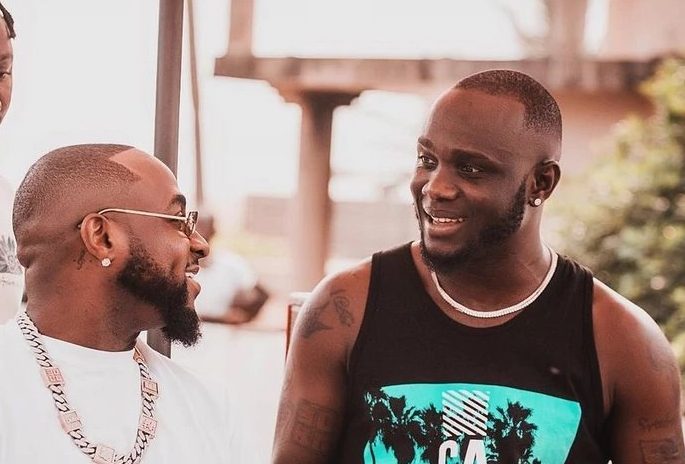 Obama DMW died on suspected heart failure on Tuesday, June 29, 2021, after he complained of breathing issues.

Obama died at Ever Care Hospital in Lekki where he went to complain of breathing difficulties.

He was admitted to the hospital but died a few hours later.

Davido who kept mum seven days after the death of Obama DMW, has finally reacted in a heart-wrenching message on his Instagram page.

“I am hurt, broken, sad, and lost. For the first time in my life, I am EXTREMELY confused,” Davido said, describing the tribute as “the hardest thing he had to write.”

He continued; “The pain is one I cannot explain. 44 was more than an elder brother to me, he was a protector. He was someone that literally just always made me smile. He would do absolutely anything to make me smile, no matter the issue or problems I had. His response was always “Don’t worry, I’ll talk to them”, “Don’t worry I’ll sort it out”, “Don’t worry I’ll give them something”.

“I would never believe in a millions years I will be writing a tribute like this to someone so dear to me this soon. All my life it’s been “David you’re strong, David you’re strong”. 44 I won’t lie to you, this time around, this one WEAK ME!!

“I miss you so much 44. You became so peaceful. You ound peace and purpose, a true generational influence. I cannot even begin to count the amount of people you helped, artistes you brought to me, people you brought together in nothing but love and brotherhood. Actors, artistes, influencers all. God! 44 I swear you will never be forgotten. Up until now I cannot believe this is real, I don’t even know what I’m writing, I’m just writing. I’m just confused.

“This has been such a haunting week for all of us. All of us, me, his family, his son, his daughter, his brothers, his friends, a whole brotherhood; God give us all the strength. This isn’t even about me, it’s about all of us, and all the amazing plans and vision you had.

Davido also vowed to make sure none of Obama’s vision will die while promising to fulfill all Obama’s plans for his son.

“44 I swear, I will not let a single one of your visions die.

Born in Lagos, Obama DMW has been in entertainment before he linked up with Davido.

Then he later founded Obama Music Worldwide; an affiliate brand to Davido Music Worldwide, with a mission to uplift upcoming artists, showcase talents and spread African music all over the diaspora.

Ayanfe is his first talent signed officially to OMW.

Obama DMW was the second close associate of Davido, who died in the last one year. In December 2020, Davido’s bodyguard Tijani Olamilekan aka TeeJay died after a battle with an illness.