Small Doctor, others to thrill at Gbenga Adeyinka’s Laffmattazz 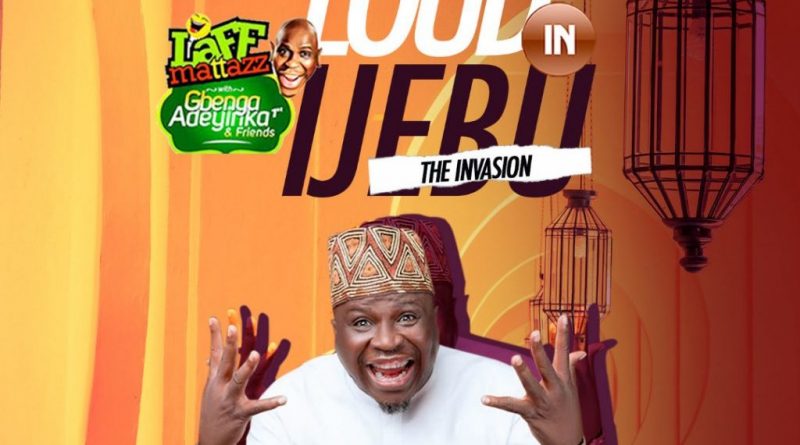 Veteran standup Comedian and Master Compere, Gbenga Adeyinka, has concluded plans to make this year’s Eid-el-Kabir (Ileya) celebration a memorable one with a special edition of his scintillating Laffmattazz music and comedy show.

Laffmattazz is scheduled to hold on 21 July 2021 (a day after Ileya) at the Conference Hotel, Ijebu Ode, Ogun State.

Popular musicians and comedians like Small Doctor, Terry G, 9ice, Omobaba, Bash and Baba Kamoh are among the entertainers billed to perform at the event.

For many years, Gbenga Adeyinka and Friends have been serenading many cities in Nigeria with Laffmattazz, which has been dubbed the comedy show of the year.

According to the host, Gbenga Adeyinka, “we have been very consistent with Laffmattazz because it has been saving lives. It has proved to be the panacea to our daily stress. It’s a melting pot for everyone who wants to relax frayed nerves in a peaceful and secured atmosphere.”

The multiple award-winning Adeyinka added that “As a matter of fact, we have been receiving requests from people across all states, even in the North and East to bring the show to their cities. We really appreciate their love and promise to always raise the bar.”