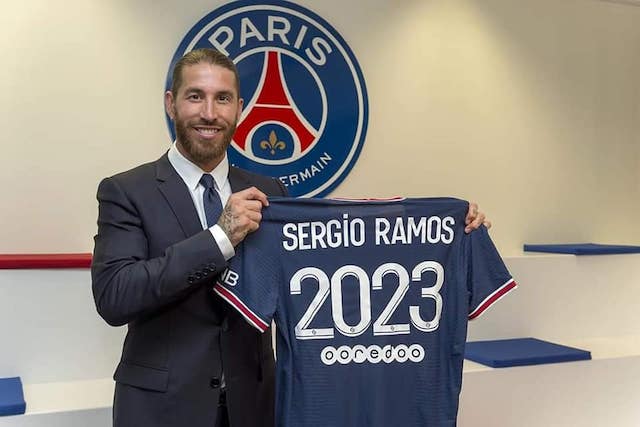 The Spaniard was forced to leave Real Madrid after he failed to extend his contract with the Spanish club.

However, since his departure, there’s been a whole host of European clubs linked with the veteran center-back, including Manchester United and Chelsea.

The defender completed his PSG medical on Tuesday and signed a two-year deal which will keep him at the club until 2023.

PSG so far are having a busy summer after they secured the free signing of Georginio Wijnaldum following his contract expiration in Liverpool.

Achraf Hakimi has also been unveiled as a new player for the club.

Goalkeeper, Gianluigi Donnarumma who is currently away on international duty with Italy at Euro 2020, too is expected to sign for PSG on a free transfer.

“I am very happy to join Paris Saint-Germain”, Sergio Ramos revealed after signing his contract.

“This is a big change in my life, a new challenge and it’s a day I will never forget.

“Paris Saint-Germain is a club that has already proven itself at the highest level.

“I want to continue to grow and improve at Paris and help the team to win as many trophies as possible,” he said.