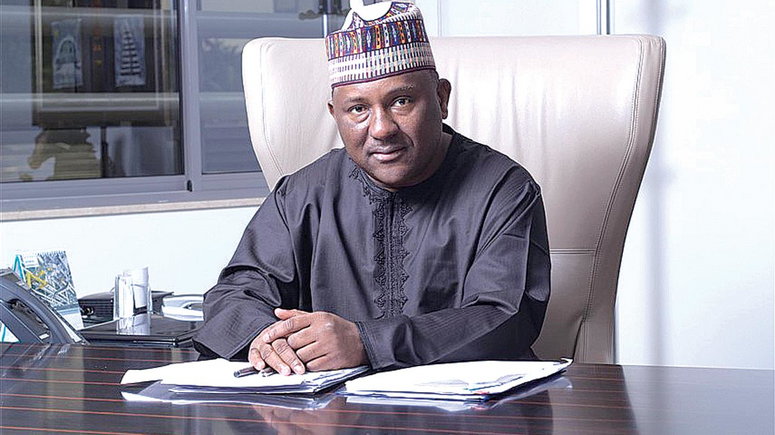 Nigerians are angry as BUA Cement Plc contrary to earlier assurance that it would not increase the price of cement made a U-turn by increasing the ex-factory price of its cement product by N200 per bag.

In several press releases in the month of April and June, 2021 BUA assured the public that it would not increase the prices of its cement products.

On April 24, 2021, the company stated that, “the solution was not in an increase of ex-factory price at this period.”

The company reiterated its stand that the timing was not right for any increase in the price of major commodities, especially not at this period while Nigerians were still trying to recover from the economic consequences brought about by the COVID-19 pandemic – especially for a product for which all raw materials were locally sourced.

On June 17, 2021, BUA Cement also issued a statement titled ‘No Further Increase in the Price of BUA Cement.’

The company said it was aware of the feedback and outcry from the public, and the government on the high retail price of cement in a period of economic recovery, saying that it was also of the firm belief that the current retail prices of cement were higher than normal, hence its earlier communication not to increase ex-factory prices in the foreseeable future.

BUA said as a responsible corporate entity, it refused and rejected associations with any actions that were deemed capable of projecting any industry they operate as a cartel.

“Hence, whilst we respect that the said company has decided to increase their prices, we are not questioning the reason(s) why, but would like to make clear BUA’s position on a price increase,” it said.

The company further said the timing was not right for any increase on BUA’s part, and that the company did not have any justifiable business reason to increase “our prices (ex-factory) anytime soon. We therefore urge our distributors not to panic as well as not engage in any arbitrary hike in the retail price of BUA Cement.”

But BUA stabbed Nigerians in the back when it announced an increase of N200 per bag on its cement product on July 6, 2021, contrary to the numerous assurance that it would not hike price of cement now because of the hardship.

Nigerians reacted angrily over BUA’s increase in price of cement, which has already skyrocketed before now.

Alhaji Sadiq, a cement distributor in Kano  attacked BUA for increasing the price of cement, contrary to expectations.

According to him, he did not understand why BUA did this increase at this particular time, as the chairman of BUA, Abdulsamad Rabiu, personally promised them that his company would not increase the price of its cement.

“Honestly, this is not good for our business and the industry. This is the biggest scam by any major corporate organisation in the history of this country,” Rabiu decried.

Likewise, Sunday Odogwu, a cement distributor in Asaba, Delta State expressed anger at the price increase by BUA Cement, despite all his repeated promises of no further increase in the price of BUA cement.

He said BUA told them several times before in their statements to distributors that they were not ready to increase their cement price, as the last notice was just last month in June.

“Why are they doing this now? It is so not fair, and we are disappointed. Our customers will not understand all this and will be blaming us!

“This shows total disregard and non-adherence to international corporate governance rules and standards. More importantly, his action shows a total disregard and disrespect for his customers, who over the years from their loyalty and patronage of his cement have in no small measure contributed to his business success,” he lamented.

Odogwu said initially, they believed the management of BUA as having sympathy for the populace, but that this current position was not only deceptive but also portrayed the organisation as having a hidden agenda in order to smear competition and gain an unfair market advantage over others in the industry.

But BUA’s boss, Rabiu defended the increase in price of cement, saying that cement prices would only crash if more companies come into the business.

Rabiu said at the Annual General Meeting of his company that with increased production by additional companies, the prices of cement would tumble.

He said though increased number of cement producers would mean more competition for him, the interests of the country and that of its people were paramount.

He urged the Federal Government to licence more cement manufacturers with a view to meeting local demand.

“The high price of cement is of a great concern for me; the price is actually high. We are 210 million or 220 million people, 30 million tonnes of cement per annum is actually low for us.

“No one can really control the price because it depends on demand and supply. We are trying hard to ensure the price is not as high as it is now.

“Nigeria is growing with a huge economy; we need more plants on stream to cater to the rising demand of cement in the country.