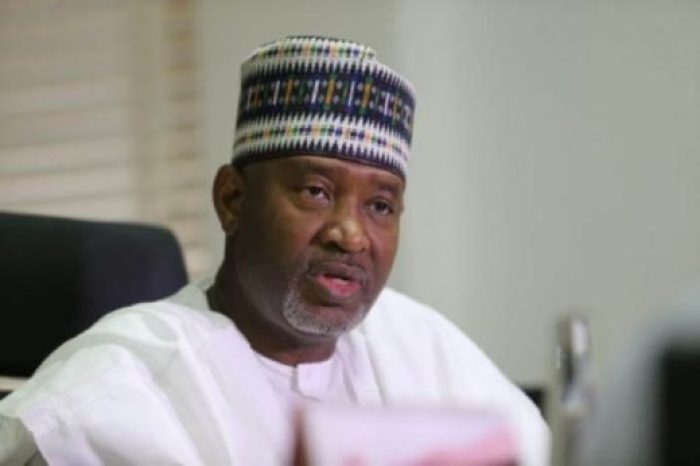 He spoke at the weekly ministerial press briefing organized by the Presidential Communication Team in Abuja.

And he gave the Ethiopian angle to justify Nigeria’s double investment in an aerospace university and a new national carrier, Nigeria Air.

“Believe me, civil aviation alone can sustain our economy. Ethiopia is half-Nigeria, there are 85 million people and their major source of income and economy is Ethiopian Airlines”, he said.

“So, civil aviation alone can actually run an economy, it depends on how you do it.

“But we have seen that we are not producing anything out of civil aviation and all the aviation ventures in the country keep collapsing and that has compounded the problem. We attribute that to the lack of capacity to manage.

“So we are going to establish the institution in partnership with the International Civil Aviation Organization (ICAO), other friendly countries and some universities around the world”, Sirika added.

Does Ethiopia mainly rely for its sustenance on Ethiopian airline?

Until the pandemic came, Ethiopia was one of the fastest growing economies, not just in Africa, but the world. It is still ahead of other Africa countries with gowth in 2020 at 6 per cent

The Gross Domestic Product (GDP) in Ethiopia was worth 107.65 billion US dollars in 2020, according to official data from the World Bank.

Contrary to Sirika’s assertion the aviation industry only contributes 5.7 percent to Ethiopia’s GDP, with a value of $4.15billion .

It also creates direct and indirect jobs of 1.1 million.

The figures are straight from an IATA report published a few years ago.

” The air transport industry, including airlines and its supply chain are estimated to support $1.54 billion of GDP in Ethiopia. Spending by foreign tourists supports a further $2.6billion of the country’s GDP, totalling $4.15 billion.

“In total, 5.7 per cent of the country’s GDP is supported by inputs to the air transport sector and foreign tourists arriving by air.”

Like Nigeria, many Ethiopians survive on agriculture, which employs 72.29 per cent of the labour force.

According to available figures, the share of agriculture in Ethiopia’s gross domestic product in 2019 was 33.88 percent.

Some other estimates put the contribution much higher at 41.4 percent.

Agriculture is the mainstay of the Ethiopian economy, contributing 83.9% of the total exports.

Conclusion: Hadi Sirika is wrong. He appears to have bloated impression about the contribution of Ethiopia’s world class airline to the country’s economy. The airline is not Ethiopia’s major source of income.