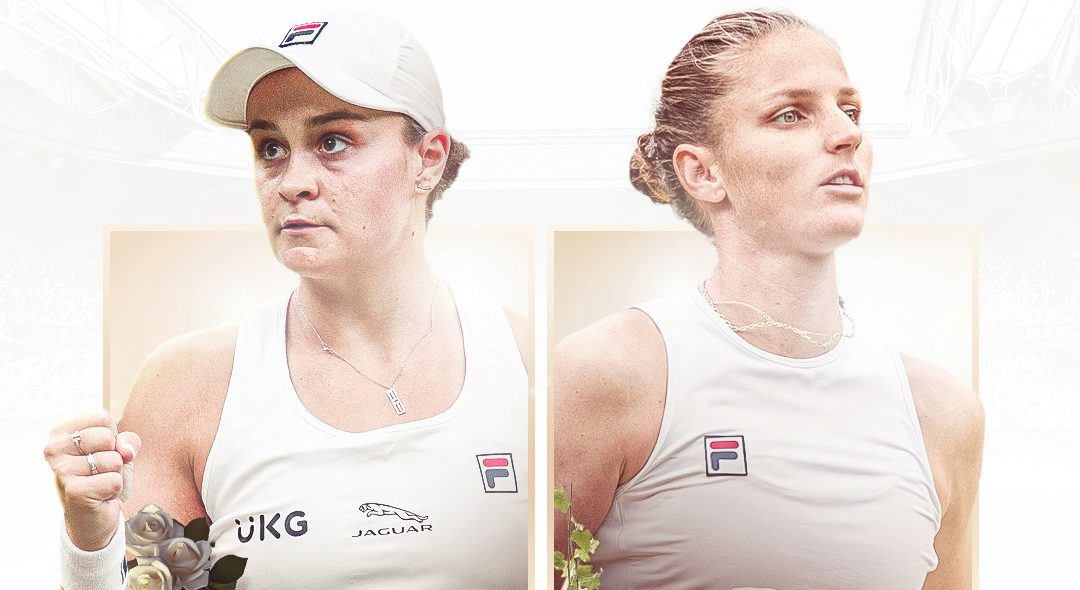 World number one Ashleigh Barty of Australia and eighth seed Karolina Pliskova of the Czech Republic will battle each other for the Wimbledon trophy on Saturday.

The 25-year-old Barty saw off former champion Angelique Kerber of Germany 6-3 7-6(3) in the semi-final.

The Australian has not lost a set since the opening round.

Pliskova came from behind to beat second seed Aryna Sabalenka of Belarus 5-7 6-4 6-4 in the second semi-final.

“I think I was really able to enjoy myself today right from the start.

“I had a lot of fun,” said Barty, who had clinched the junior title at Wimbledon 10 years ago, but has never passed the fourth round in her previous four appearances at the grass-court Grand Slam.

“That was a focus of mine. I wanted to go out there and enjoy playing against Angie in such an incredible moment, and regardless of the result, walk off the court knowing that I enjoyed it, I had fun, and I kind of gave it a crack and gave it my all,” added Barty.

The 29-year-old Pliskova lost a set for the first time in the tournmaent against Sabalenka.

But she managed to come back with better serve and patience.

Pliskova admitted that she has never thought about going into the final as her dream was only to advance into the second week, “because I hadn’t done that for a while”.

Previously, Pliskova only reached a Grand Slam final once, where she lost to then world number one Angelique Kerber of Germany at the 2016 US Open.