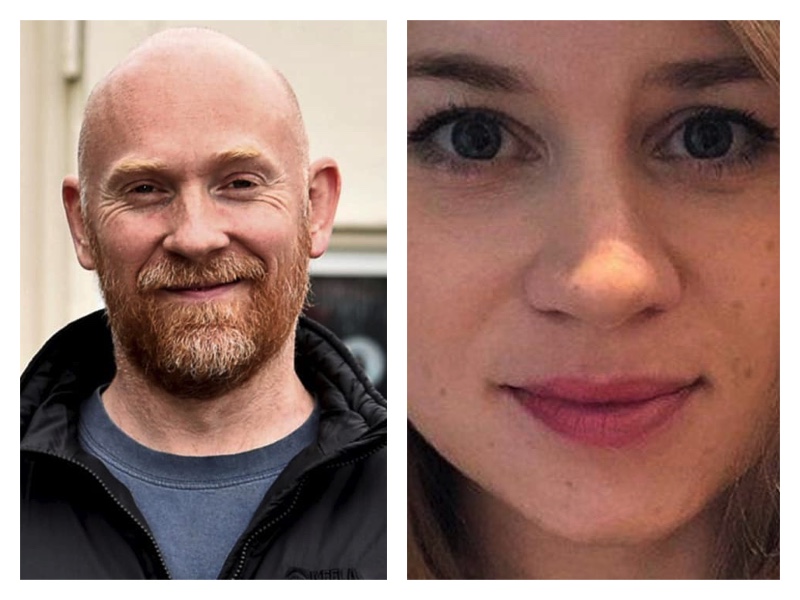 Bad cop Wayne Couzens and Sarah Everard that he killed

Wayne Couzens, an officer of London’s Metropolitan Police on Friday pleaded guilty to murdering Sarah Everard, in a case that has caused widespread shock and outrage across Britain.

Forty-eight year-old Couzens, had kidnapped Ms Everard in a hire car as she walked home alone from a friend’s house in Clapham, south London, on the evening of March 3.

The sexual predator, who had clocked off from a 12-hour shift that morning, went on to rape and strangle the 33-year-old marketing executive.

Police launched an urgent inquiry after Ms Everard was reported missing by her boyfriend, Josh Lowth.

Couzens, a firearms-trained parliamentary and diplomatic protection officer, wiped his phone just minutes before he was arrested at his home in Deal, Kent, on March 9.

A week after she disappeared, Ms Everard’s body was found in a woodland stream in Ashford, Kent, just metres from land owned by Couzens.

The killing has sparked protests over the rate of violence against women.

Police were criticised over the manhandling of women at a vigil for Ms Everard attended by the Duchess of Cambridge.

On Friday, he pleaded guilty to her murder when he appeared at the Old Bailey by video link from Belmarsh high security jail.

It can now be reported that Couzens, who joined the Met in 2018, had booked the hire of a Vauxhall Astra and bought a roll of self-adhesive film days before the murder.

At around 9pm (2100 GMT) on March 3, Ms Everard set off on foot for the two-and-a-half mile journey home, chatting with her boyfriend by mobile phone on the way.

A camera attached to a passing marked police car captured her walking alone at 9.32pm.

Just three minutes later, a bus camera appeared to capture the moment she was intercepted by Couzens in Balham, south London.

Two figures could be seen standing by the hire car, which was parked on the pavement with its hazard lights flashing.

After snatching Ms Everard, Couzens drove out of London, arriving in the area of Tilmanstone, near Deal, at 1am.

Investigators tracked the route of the car using CCTV and ANPR cameras and identified the driver as a serving officer through the car hire firm.

Couzens had used his personal details and bank card to make the booking, picking up the Vauxhall Astra on the afternoon of the abduction and returning it the next morning.

In the days that followed, Couzens reported that he was suffering from stress and did not want to carry a firearm any more, according to a case summary.

On March 8, the day he was due on duty, he reported that he was sick.

The next day, police arrested Couzens at 7.50pm, 39 minutes after he wiped the data from his mobile phone.

In a police interview, Couzens concocted an elaborate story and claimed to be having financial problems.

He said he had got into trouble with a gang of Eastern Europeans who threatened him and his family.

A gang demanded he deliver “another girl” after underpaying a prostitute a few weeks before, he said.

He kidnapped Ms Everard, drove out of London and handed her over to three Eastern European men in a van in a layby in Kent, still alive and uninjured, Couzens claimed.

Meanwhile, police found out that Couzens and his wife had bought a small patch of woodland in 2019 in Ashford.

Phone data led officers to the site and at 4.45pm a body was found some 100 metres outside the property boundary.

The remains dumped in a stream inside a large green builders’ bag were identified as Ms Everard’s by dental records.

Further inquiries revealed that on the same day that Couzens booked the hire car, he bought a roll of self-adhesive film on Amazon.

He went on to order tarpaulin and a bungee cargo net for delivery on March 7.

Even though Couzens’ phone had been wiped, cell site data linked him to the abduction and the area where Ms Everard was eventually found.

Not only was his device located there in the early hours of March 4 but also in the days leading up to his arrest.

The defendant went on to make no comment in formal interview and was charged on March 12.

During an earlier hearing, prosecutor Tom Little had outlined “significant” risks of Couzens reoffending if bailed.

He cited an alleged incident of indecent exposure on February 28 – days before the murder.

As part of a string of referrals in the case, the Independent Office for Police Conduct said it was investigating whether Metropolitan Police officers responded appropriately to a report of indecent exposure at a fast food restaurant in south London.