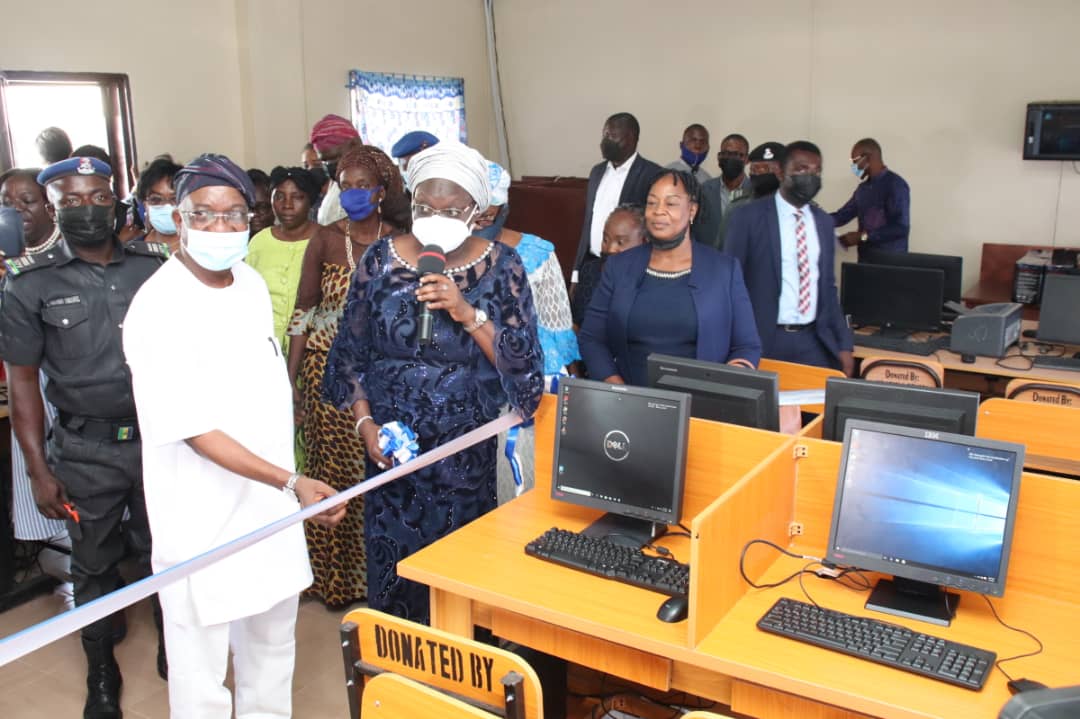 The Ogun State Deputy Governor, Engr. Noimot Salako-Oyedele and other members of the 1981 set of Queens School, Ibadan, have renovated the computer room, as well as, donate computers sets and furniture.

The 1981 set of the school thought it necessary to make the donations to their Alma Mata in celebration of its 40th anniversary while contributing their own quota to the development of education in the country.

Salako-Oyedele while commissioning the donated items said the gesture became imperative to further boost computer literacy amongst students, as well as, complement the government’s efforts in the education sector.

While thanking the school heads and staff for their cooperation to make the project achievable, she noted that most of them who graduated from the school 40 years ago are doing well in their different fields of endeavours, which she attributed to the sound foundation inculcated in them by their teachers.

“Today I give my deepest honour, respect and regards to all our teachers who moulded us to be what we are today. They took us as little girls and guided us academically and morally. Some have departed but for those who are still with us, we pray that you will continue to eat the fruit of your labour,” she said.

The Deputy Governor, however, called on the Oyo state government to give more support to the school being the premier girls school in the state.

In his remarks Oyo State Deputy Governor, Engr Rauf Olaniyan who was the chief host, thanked the ’81 set for remembering their alma mata, saying the state government appreciates their support towards complimenting its giant strides in the education sector.

In her welcome address, the President of the Alumni, Mrs Adeoti Adejuyigbe, noted that four years ago, the set renovated a block of classrooms and last year, donated books to the school library, charging the school students to be dedicated, focused and determined in order to become successful individuals in life.

Also speaking, the school Principal, Mrs Oyinloye Toyin, expressed the school management’s and staff gratitude for the unflinching support received from the Alumni, calling on other sets to emulate the gesture so as to collectively develop the school.

The highlight of the event was interactions with the students, merriment and inspection of classrooms, dormitory and the school library.