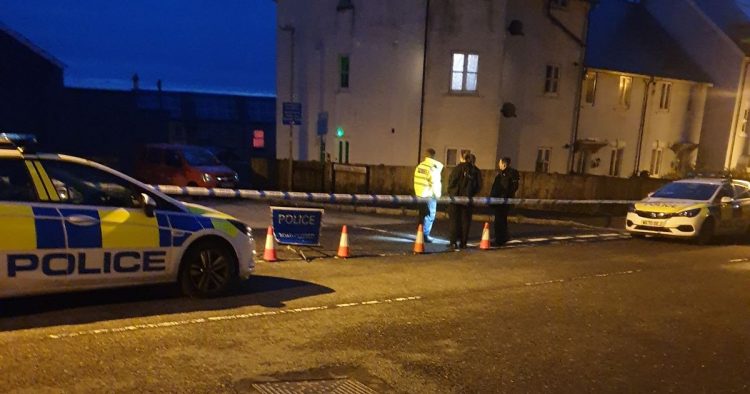 Scene of the stabbing at Princetown. Photo: Devon Live

Two police officers have been stabbed at Princetown, in the middle of the Dartmoor national park, London.

The incident occurred at around 4am.

The Sun reports that the police have not released a official statement on the stabbing yet.

The injuries, according to source were not life threatening.

The officers are are to be receiving treatment in hospital and it is not clear if there have been any arrests.

Police could be seen on the street today combing for clues.

It is understood detectives from the force’s Major Crime Investigation Team are involved.