Why TB Joshua was not buried in Ondo - Akeredolu 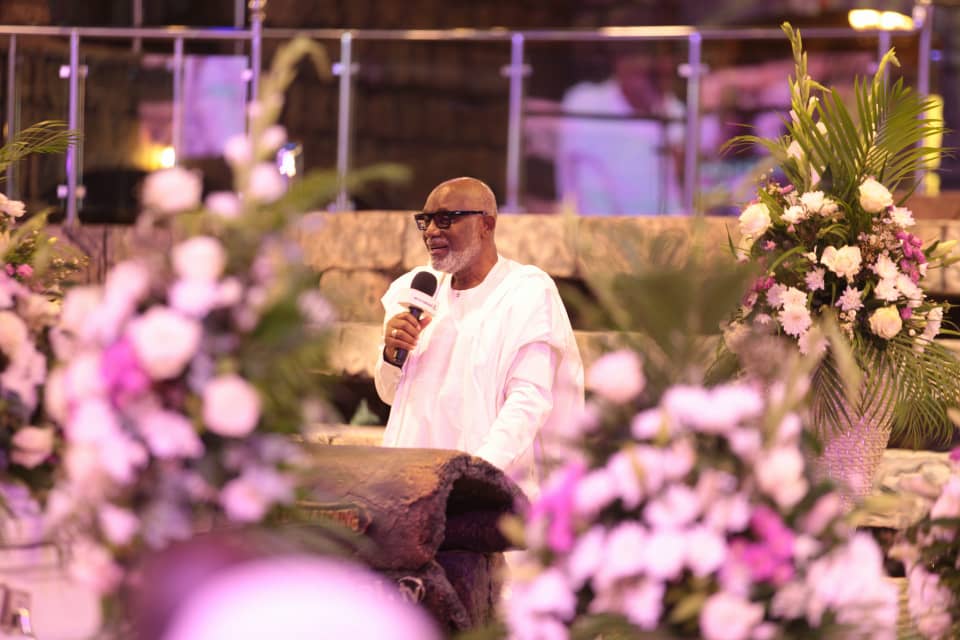 Ondo State Governor, Mr Rotimi Akeredolu speaking at the laying-to-rest service in honour of TB Joshua at the church. Photo by Ayodele Efunla

Ondo State Governor, Rotimi Akeredolu has described the late Prophet Temitope Balogun Joshua, the founder of the Synagogue Church of All Nation (SCOAN) as a world citizen.

According to the Governor, the late televangelist was from Ondo state and a Nigerian but his work made him a world citizen that cannot be claimed by anyone.

Akeredolu made this known while speaking on the life of the late Joshua at the lying-in-state currently ongoing in the church premises.

The governor said he was contacted by the monarch of Arigidi Akoko, the hometown of TB Joshua, Oba Yisa Olanipekun, to convince the family and the church to bring the remains to the hometown as the final resting place.

“When the Zaki of Arigidi-Akoko called me, he was crying on phone, he begged me to talk to the family,” he said.

“I told him there was nothing I could do because the man of God has a family and his final resting place can only be decided by them.

“Yes, he was from us, from Ondo State, he was a Nigerian but he remained a world citizen,” he added.

The governor also described the late prophet as a rare gem, adding that the renowned man of God was a blessing to humanity and a great Ambassador of the Sunshine State whose Ministry was noted for charity.

The late church founder will be buried on the church premises today.