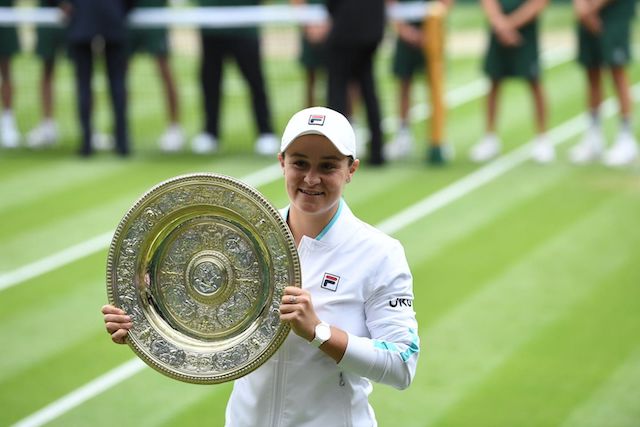 Barty, the former French Open champion and World No. 1 smashed her way quickly to clinch the first set 6-3.

But she had to struggle in the second set as Pliskova, the 29 year-old former World number one in 2017, improved her game.

At 5-5, Barty broke the Czech to go 6-5, only for her to lose her nerves and allow her opponent to break her back for a tie break.

Pliskova won the tie break, closing up the set 7-4 on a double fault by Barty.

In the third decisive set, Barty rallied back, winning the first three games to go 3-0.

A ding-dong thereafter gave her the final set at 6-3 to follow the path of fellow indigenous Australian Evonne Goolagong Cawley.

Cowley won two Wimbledon titles and 14 Grand slam titles during her career in the 70s and 80s.

Barty, who played cricket during a two-year hiatus from tennis, had previously won eleven singles titles.

She also won eleven doubles titles on the WTA Tour, including the 2019 French Open.

She won one Grand Slam doubles title at the 2018 US Open with partner CoCo Vandeweghe.

She is also the reigning champion in singles at the WTA Finals.