How 100 bandits on motorcycles massacred 35 people in Zamfara  - P.M. News

How 100 bandits on motorcycles massacred 35 people in Zamfara 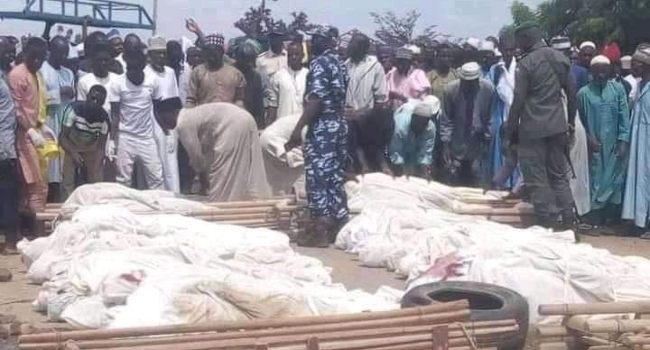 It was a black day for five communities in Maradun Local Government Area of Zamfara State, as 100 bandits riding on motorcycles invaded them and shot 35 people dead.

Zamfara Police Command’s spokesman, Mohammed Shehu said the police were unable to access the communities to confront the bandits because of poor road network.

Reports said the bandits on arriving the communities opened fire on villagers and set their houses ablaze.

Shehu told Channels TV that the police personnel tried their best to reach the affected communities on receiving the information that the bandits were there but “unfortunately they could not reach the places because of the bad roads.”

According to him, the police were currently working tirelessly to bring the bandits to justice.

Hundreds of people have so far been killed in Zamfara as bandits stepped up attack on hapless villages without access roads.

They often sneaked into the forest before the police or the military would arrive.