Mofe-Damijo speaks on his shifting roles in 37 years of fame - P.M. News 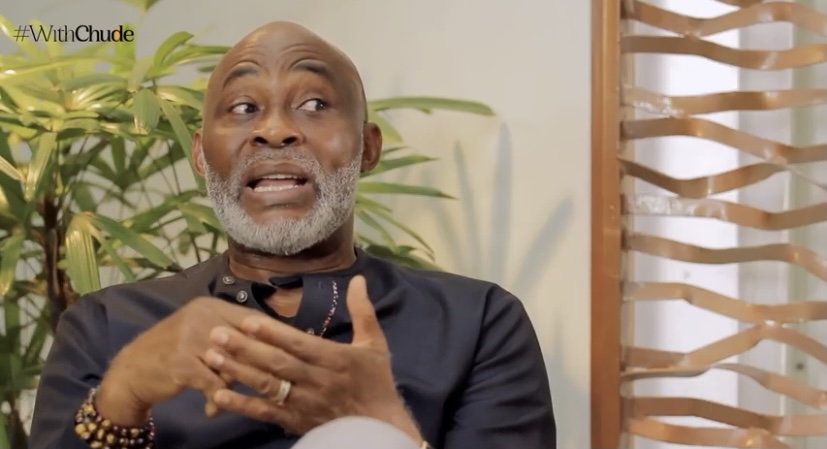 Nollywood legend Richard Mofe-Damijo, popularly known as RMD has reflected on different aspects of his journey to fame, including; how he shifts from journalism to acting and from politics to Law,.

Starting out as a simple Warri boy who came to Lagos to hustle, Richard Mofe-Damijo wasn’t one to give up on his dreams.

The legendary actor, writer, producer, and lawyer revealed that despite being a big dreamer, he never anticipated all he has achieved in the past few decades.

“I didn’t see all of it. All I said to my mom, standing before her as she was crying was, ‘Mama, don’t worry. You go see me for television.’ I knew I wanted to be in that box. That’s all I wanted”, he said.

Richard Mofe-Damijo got more than what he wanted as he has somehow been in the headlines since 1989 when people peddled tales about him being a gold digger.

The accusations began when he began dating the late Mrs. May Ellen Ezekiel Mofe-Damijo, who was older than him and at the peak of her career as a journalist at the time.

RMD did not allow these challenges to get to him. In his words, “they have not given birth to the man that will make me feel inferior in this world.”

Though it was not a walk in the park, as the remarks intensified before their wedding, he, however, disclosed that he was held up by the words of a prominent businessman, late M.K.O. Abiola, who stood as a support system for him through these times.

“He said to me, ‘it is better that they wake in the morning, they are searching the papers to see what else you have done. Don’t be one of those who would go and search the paper to see what others are doing. So, make sure you give them stuff to think about every day,” he disclosed.

The veteran further unveiled the different parts of his career journey, discussing his journeys into journalism, film, Law and politics, with each stint being marked by such excellence and eminence that have left many envious.

Despite serving in these enormous capacities, RMD seamlessly transitioned to Nollywood and continued dominating the screens like he had never left.

Speaking on this transition, he said, “It was an attitudinal thing. I didn’t leave Delta State to come back with a chip on my shoulder. It was like it was done, dusted and that was it. And I transitioned into what I love to do without asking for handouts, without asking for any special treatment or anything.”

Despite his impressive 37-year career across multiple industries, RMD continues to remain humble. According to him, “I am just a simple warri boy that came to Lagos and found some fame, and I am grateful for it.”

As he celebrates his 60th birthday, Richard Mofe-Damijo keeps fascinating many as he effortlessly maintains relevance in the box he always dreamed of.