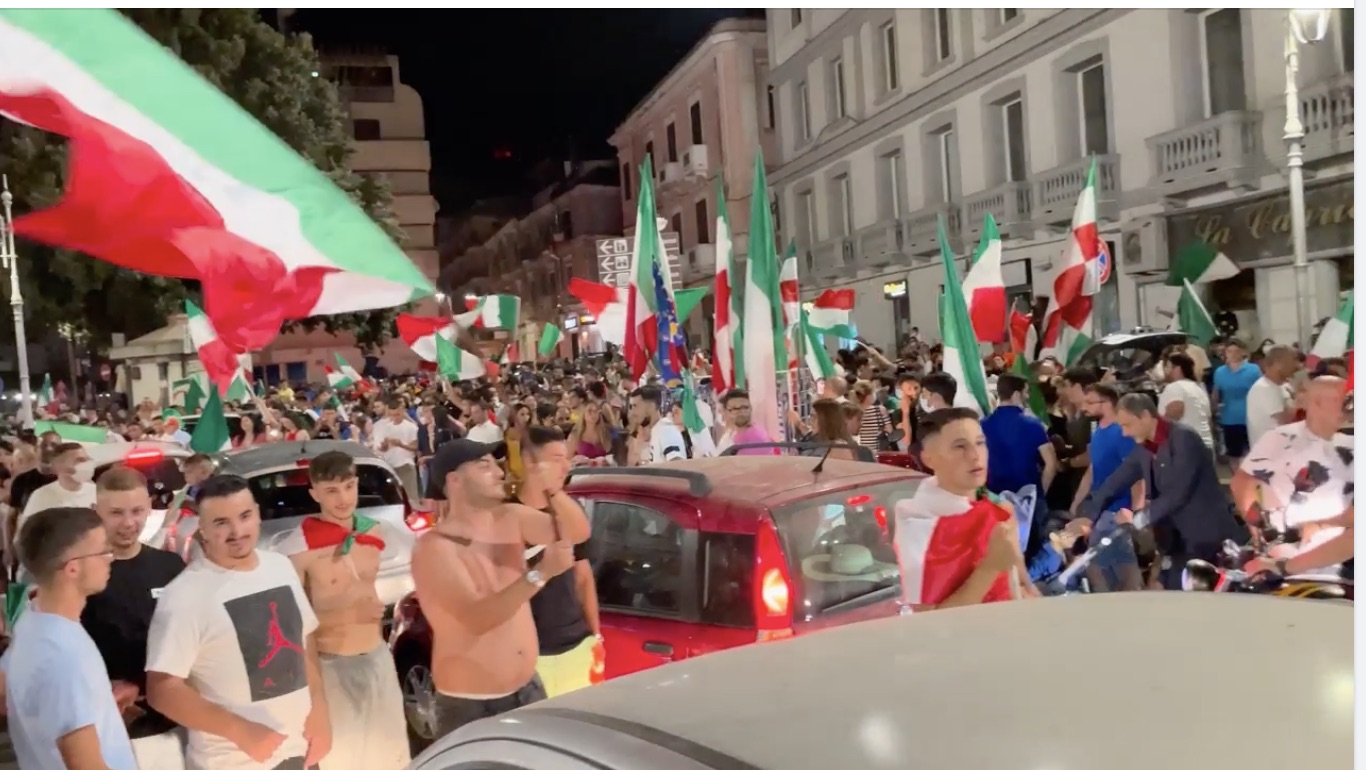 Italians wildly celebrated the Euro 2020 title of their national team which was to be received by Prime Minister Mario Draghi later on Monday.

Thousands took to the streets across the country after Italy beat England 3-2 on penalty kicks to win the trophy at Wembley late Sunday for their second continental title.

Flares were lit in celebration and people were singing and dancing after goalkeeper Gianluigi Donnarumma saved the final kick.

Many fans gathered in front of the Colloseum and at the Piazza del Populo in Rome to watch the game on big screens.

A government statement said that Draghi wanted to to thank the team, coach Roberto Mancini and his staff.

It said the team had shown “an extraordinary game and a special team spirit in addition to great individuality.”

The Italian team which are now undefeated in 34 matches were to return home from London during the night.