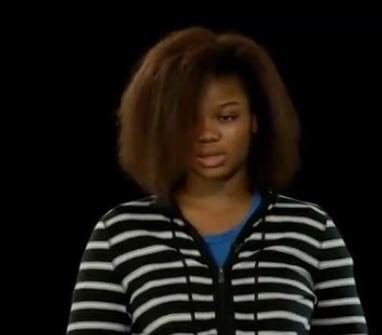 The Lagos State Police Command on Monday dismissed a trending video of Chidinma Ojukwu, the prime suspect in the murder of the Chief Executive Officer, CEO, of Super TV, Usifo Ataga, in which she made a u-turn, denying killing Ataga.

In the video, Ojukwu said she did not did not kill Ataga as she earlier claimed when she was paraded by the police.

Ojukwu, who is in detention released an eight minute video, well dressed and polished, as she recanted all she said earlier when she alleged she stabbed Ataga to death.

Ojukwu was paraded by the Commissioner of Police, Hakeem Odumosu on June 24, 2021y at the Police Command in connection with the murder of Ataga.

In her narration before newsmen, she and Ataga were in the lodge smoking and that he was trying to make advances on her when she was tired and that he became violent about it, but allowed him have his way on her.

Ojukwu had added: “I was still not happy with the first one that we had, so, I was staying on my own, smoking and drinking. He, too, was on his own.

“I took a knife and stabbed his neck. I approached the door and he followed me. I stabbed him twice on the neck side. I threw the knife to the bed and he was going for it but I also went for it. He dragged the knife with me and it broke and he fell on the floor,” she had narrated.

But in the new viral video released, Ojukwu said Ataga was already killed before she got to the apartment and that she met him dead and did not know who killed him.

She painted a picture of coming into the apartment and meeting Ataga in pool of his blood and that it looked as if someone broke in to kill her.

Ojukwu said he saw him on the floor and did not know what to do and that she took her things and his things and went away.

But spokesperson, Lagos State Police Command, Muyiwa Adejobi said the interview was an old one and should be dismissed.

He said whatever was said in the video would not change the facts the police had gathered on Ojukwu as the prime suspect in the murder of Ataga.

Muyiwa even said it was fake news, but with information contained in the video, it was shot after the parade of Ojukwu by the police.

The question is who conducted the interview when the girl is in detention? How come Ojukwu was corporately dressed in the interview? What is fishing? What kind of conspiracy is going on?