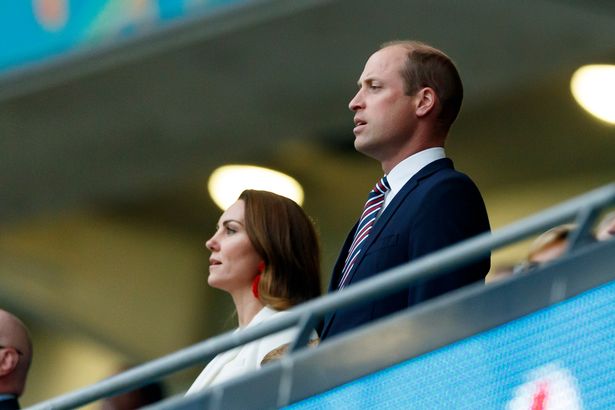 Prince William with his wife at Wembley: deplores attacks on Saka and co

England’s Prince William has said he is ‘sickened’ by the racist abuse directed towards three black England’s players after the Euro 2020 final.

Bukayo Saka, Marcus Rashford and Jadon Sancho, all black, were flooded with online racist abuse after failing to score their penalties.

Prince William, who was in Wembley Stadium with Kate and their son George last night, condemned the attacks as ‘abhorrent’.

He said: “I am sickened by the racist abuse aimed at England players after last night’s match.

“It is totally unacceptable that players have to endure this abhorrent behaviour.

“It must stop now and all those involved should be held accountable.”

The FA has also condemned the vitriolic comments towards the players, describing it as ‘disgusting behaviour’.

The official Twitter account for the England men’s and women’s national teams offered support to the victimised players.