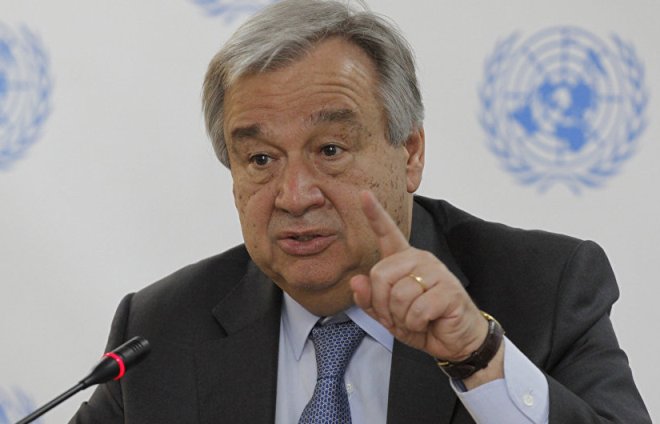 UN Secretary-General António Guterres said the erosion of women’s reproductive rights has been one of the fallouts from the Coronavirus (COVID-19) pandemic.

He has, therefore, called for access to sexual and reproductive health services for women.

Guterres, in his message to commemorate the World Population Day on Sunday, underscored the need to close the gaps impeding women’s access to sexual and reproductive health services which the crisis has created.

World Population Day is an annual event, observed on July 11 every year to raise awareness on global population issues.

According to the secretary-general, the pandemic “continues to upend our world, reaching one grim milestone after another.

“In addition to the millions of lives tragically lost, there has been a less visible toll: a shocking rise in domestic violence.

“There is a rise in domestic violence as women were forced into isolation with their abusers; empty maternity wards as women postponed motherhood; and unintended pregnancies due to curtailed access to contraceptive services,” he said.

The UN estimates that the pandemic will push some 47 million women and girls into extreme poverty.

Additionally, many girls now out of school may never return to the classroom.

“In every corner of the world, we are seeing a reversal of hard-won gains and an erosion of women’s reproductive rights and choices, among other things.

“With the onset of the pandemic, resources for sexual and reproductive health services were diverted,” the secretary-general said.

“These gaps in access to health rights are unacceptable. Women cannot be alone in this fight.

“As we mark World Population Day, let us pledge to ensure the reproductive health rights of everyone, everywhere,” he added.