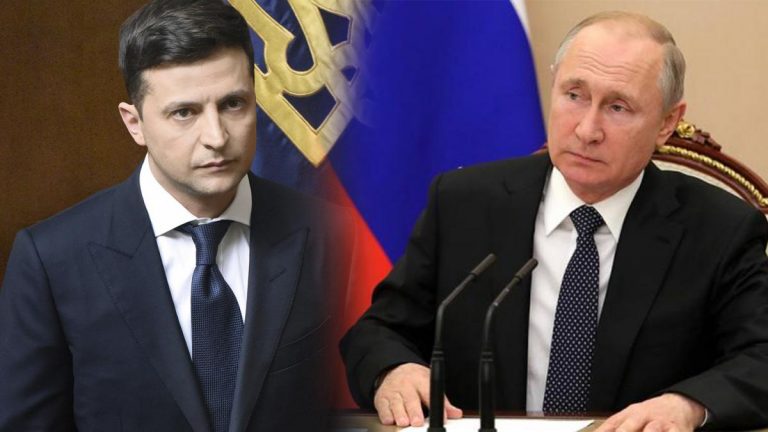 Kremlin spokesman has revealed on Tuesday that Russian President Vladimir Putin is ready for a dialogue with his Ukrainian counterpart, Volodymyr Zelensky.

However, there is a clause to the dialogue as there is no discussion about issues that are useless to talk about.

Recall that Putin’s article on Ukraine was published by the Kremlin on Monday.

In the article, the Russian president said that sovereign Ukraine has no place in the Western “Anti-Russia’’ project, and Kiev was not just dependent on the West but was being controlled from the outside.

Meanwhile, Zelenskyy said that he did not read the article in detail, adding that he was ready to discuss some points during a personal meeting with Putin.

“The president himself says he is ready for a dialogue with President Zelenskyy, but excluding those topics that are absolutely useless to discuss at the bilateral level,’’ Peskov told reporters.

Peskov mentioned that the article was written in the spirit of respect for Ukrainian people and Ukraine.

“And the article also expressed regret due to the fact that now, in many ways, the fate of Ukraine is given to the management and at the mercy of foreigners.

“The elements of this external control are well known to all,’’ Peskov added.

DSS to Nigerians: Keep your wealth secret, don’t flaunt it