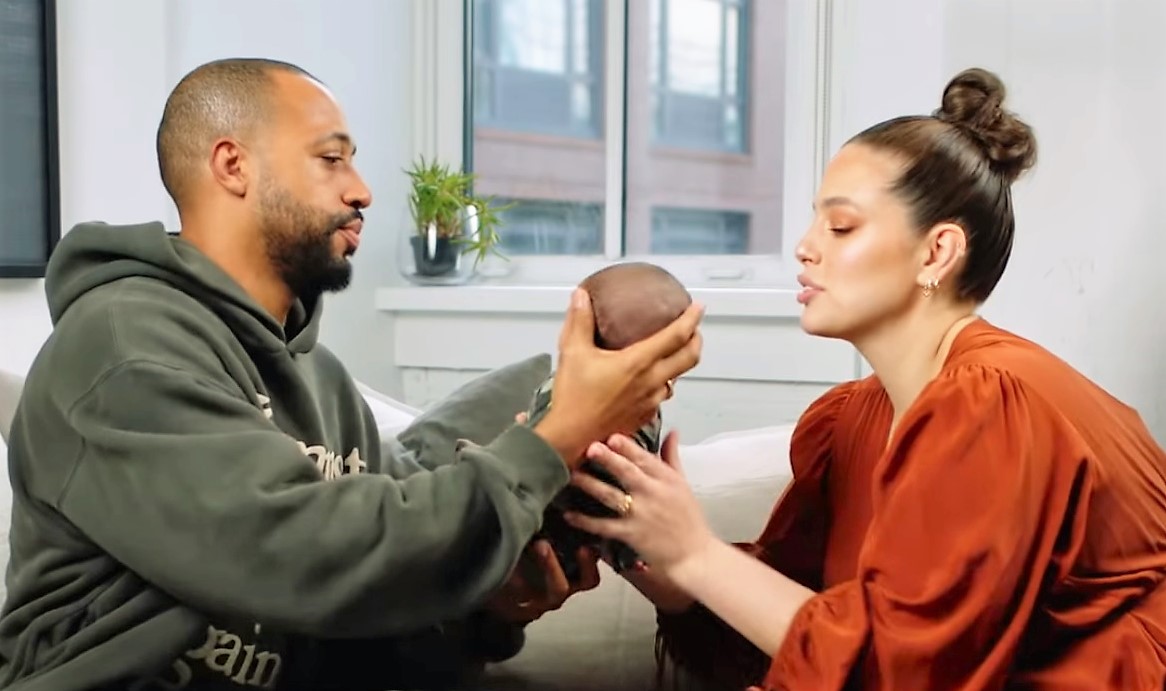 Supermodel and TV presenter Ashley Graham is pregnant with her second child, with her African American husband Justin Ervin.

The 33-year-old model, who had a baby in January last year, shared the exciting news on Instagram on Tuesday.

She posted her almost nude photo, revealing her baby bump.

She wrote: “the past year has been full of tiny surprises, big griefs, familiar beginnings and new stories. i’m just beginning to process and celebrate what this next chapter means for us” .

Ashley had her first baby boy on 18 January last year, eager while still breastfeeding to have another baby.

Ervin, a cinematographer and Ashley met in 2009 and clicked romantically.

They married a year later, though Ashleigh remarked some seven years after that her interracial affair with Ervin was uncomfortable to her white family in Nebraska.

“I will never forget that feeling of just sitting there with Justin, thinking, ‘I’m so embarrassed that I had to bring him in to meet these people, these people who raised me and taught me how to live, and he’s being treated so terribly,’ she said.

“And he said to me, ‘Racism is never surprising, but it’s always disappointing.”