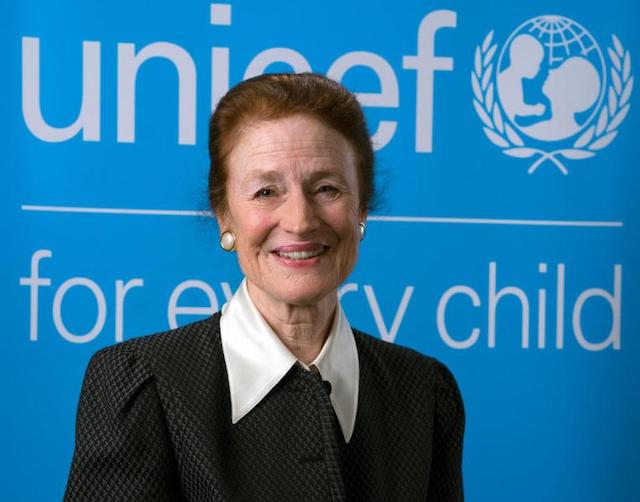 Fore said she quit her post to attend to her husband, who is facing a serious health issue.

Farhan Haq, Deputy Spokesman for UN Secretary-General said the secretary-general fully understood her decision and had accepted it with deep regret.

“He extends his thanks and his best wishes to Executive Director Fore and her family.

“The secretary-general wishes to express his sincere appreciation to Fore for her inspiring leadership of UNICEF and for her service to improve the lives of children all around the world.

“In particular, he noted UNICEF’s critical role in the global response to COVID-19 and in reimagining education.’’

According to him, at a result of her leadership, UNICEF is now an organisation with a broader array of public and private sector partnerships and a bolder focus on achieving the Sustainable Development Goals.

Guterres said she had also contributed enormously to efforts to build a UN system with a much stronger focus on inclusion and organisational culture.

“The secretary-general thanks Fore for her outstanding work to address the extraordinary challenges facing children and young people around the world.

“Fore took up the position of UNICEF Executive Director on Jan. 1, 2018 and will remain in her post until her successor is appointed,’’ he said.

Fore, announced her resignation on Tuesday to devote herself full-time to caring for her husband, who is suffering from what she described as a serious health issue.

Fore said it had been “a difficult decision”, and in a message to staff, described holding the office of Executive Director as “a tremendous honour”.

“To serve the world’s children is both exhilarating and fascinating. You have achieved remarkable accomplishments at an extraordinary time, and we have so much more to do”, she told the UNICEF team.

She said she would continue in the top job until the end of the Executive Board cycle this year and the opening of the UN General Assembly in September, and will remain “until my successor has been chosen”.