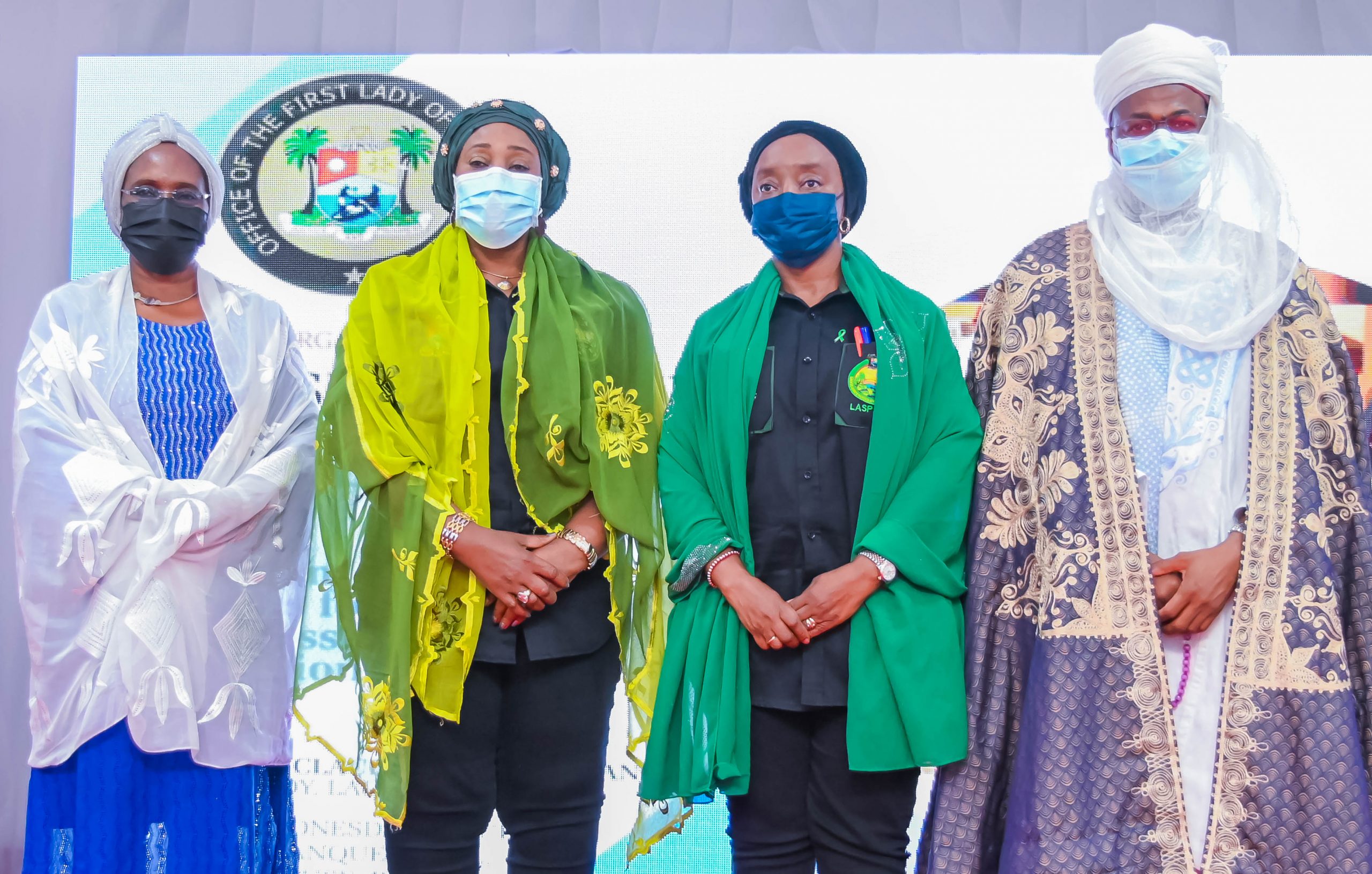 Wife of Lagos State Governor, Dr Ibijoke Sanwo-Olu on Wednesday called for a return to a community-based system where the interest and welfare of every child is the responsibility of all parents and guardians.

According to her, the inculcation of right values in children and the youth at the community level remains one of the veritable solutions to rising insecurity in the country.

Sanwo-Olu spoke at a one-day seminar for Muslim Sisters organized by her office, held at Lagos House, Alausa, Ikeja.

She said parents must go back to the basics and embrace the system where every mother truly cares about all children in the community.

“In this era when we have insecurity happening all over the country, we need to go back and check where we got it wrong. The so-called youths out there that are annoyed were given birth to through women. The question arises where did we go wrong? Why is it that they are so annoyed with the system and are now fighting us?

“Not minding that it is taking place in the North today but we have also noticed it coming down to the south. And so, it is so apt at this time that we talk to our women in various organizations especially at this time when peace is paramount relating it to obedience in the house.

”It is so important that we look back and try to retrace our steps and look at what correction we can give from the home front.”

Meanwhile, she recalled how people used to care for all children within the community, saying it was important more than before to go back to the system where what affects one, affects all.

“In those days when we were much younger, every mother is the mother to every child in a community. That was how it used to be. When a child is roaming the street during the time for school hours, the non-biological mother in the community would ask why the child is not in school.

‘But we are not seeing much of that anymore partly because when you try to accost some of the children, the mother will say what is your business, and so we withdraw into our shell. We cannot continue like that because when trouble comes, it affects everybody,” she said.