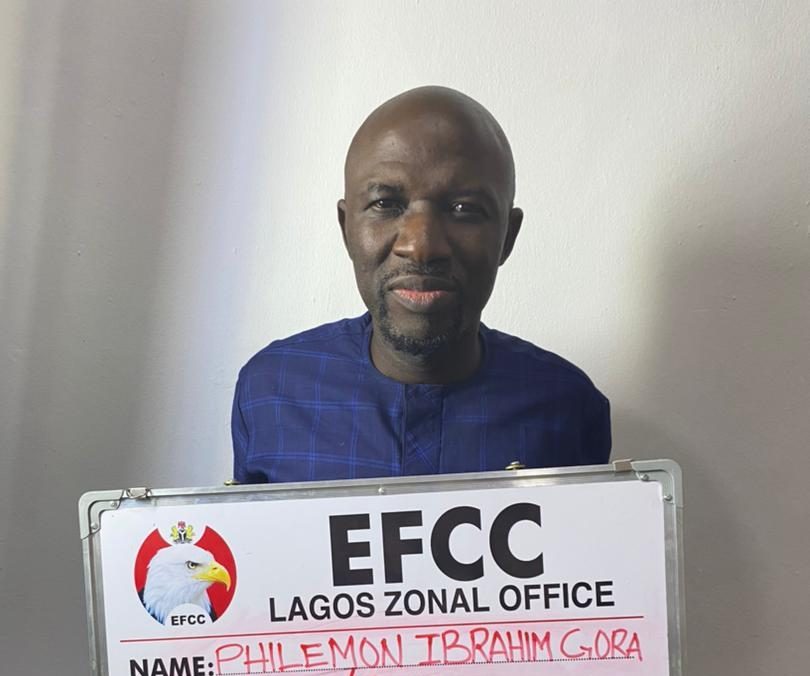 The Economic and Financial Crimes Commission, Lagos Zonal Office, has arrested one Philemon Ibrahim Gora for offences bordering on obtaining money by false pretence, stealing, issuance of dud cheque and money laundering to the tune of N525 million in Lagos.

The EFCC, in a statement issued by its spokesman, Wilson Uwujaren, said the suspect, through one of his front companies, Gracious Environ Workers and Planners Nigeria Limited, allegedly obtained the sum of N525m from a traditional ruler, Kabiyesi Jacob Esan of Ijesa, Osun State and owner of Liberitas Plc, with the assurance of converting it to the United Arab Emirate, UAE, Dirham for him.

He, however, reneged on the agreement upon receipt of the money.

Investigation revealed that the suspect allegedly transferred the money to his various accounts as well as to some Bureau De Change operators, who have confirmed giving the suspect the Dollar equivalent of the money in cash.

It was further revealed that the suspect, through another of his front companies, N-PAS Nigeria Limited, deposited 41 Sterling Bank cheques of N10m each, totaling N410,000,000 in favour of the complainant’s company, Liberitas.

But the cheques were returned unpaid due to insufficient funds.

The EFCC said the suspect would soon be charged to court.