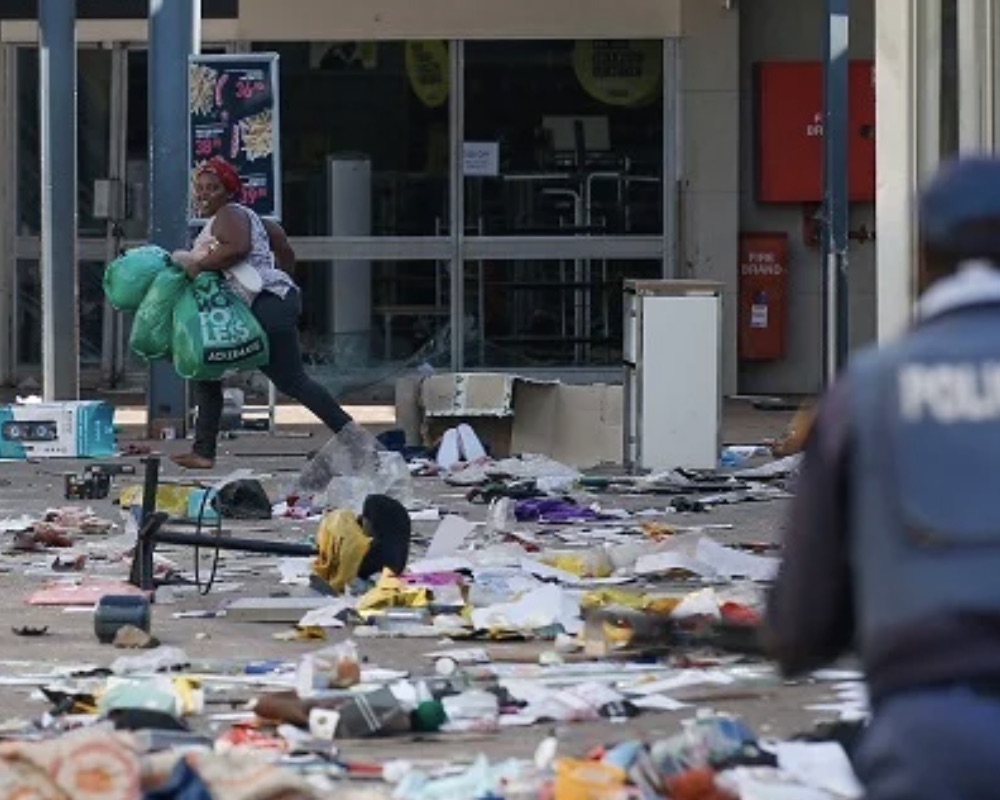 Consul-General Abdulmalik Ahmed who is based in Johannesburg expressed sympathy for Nigerians who lost property and merchandise.

“With regards to those whose shops have been looted or burnt, it was observed that the looting and arson did not particularly target Nigerians or foreign owned businesses alone”, he said.

He said the mission had taken stock of losses incurred by Nigerians in the mayhem, with a view to seeking appropriate redress, where possible.

Ahmed advised Nigerians living in the country to insure their shops and goods, so as to ensure they were indemnified against losses.

“The mission has opened an advisory and counselling office for those affected as it continues to also urge Nigerians to be law abiding and refrain from being provoked to take laws into their hands.

Ahmed described as unprecedented the degree of the ongoing looting and arson in South Africa.

He said there was no basis to justify such dastardly act.

“The brazen action of the looters and arsonists is indeed symptomatic of a deeper malaise and mental poverty, which can neither rationalise nor justify the situation.

“It is apparent the looters and arsonists were only happy to seize on the opportunity provided by the incarceration of former president Jacob Zuma, to commit mayhem in what has been described as ‘opportunistic criminality’.

“Whereas, the situation is calming down gradually, Nigerians have been continually urged to refrain from venturing into flashpoints and to exercise utmost caution.

“The mission believes the action taken by the South African government so far, coupled with the intervention of the South African National Defence Force (SANDF), will restore normalcy in the next few days,” Ahmed said.

Ahmed spoke with News Agency of Nigeria (NAN) on Wednesday on phone.