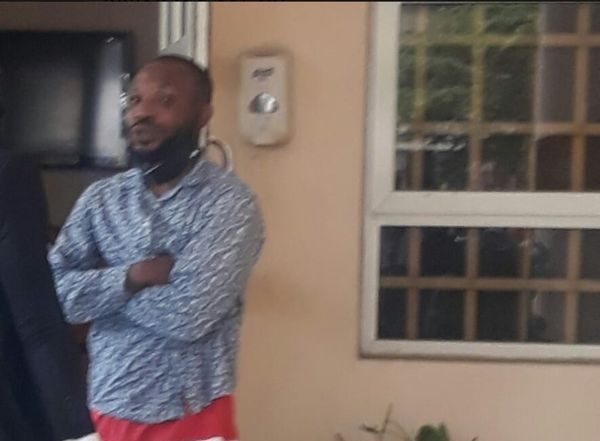 The Lagos Zonal Office of the Economic and Financial Crimes Commission, EFCC, on Wednesday secured the conviction and sentencing of Ayeni Emmanuel to six months imprisonment before Justice Sherifat Solebo of the Special Offences Court sitting in Ikeja, Lagos.

The convict was prosecuted on a one-count amended charge bordering on cheating, contrary to Section 321 (1) of the Criminal Law of Lagos State 2011.

The charge reads: “Ayeni Emmanuel, between January 2019 and December 2020, in Lagos, within the Ikeja Judicial Division of this Honourable Court, by means of fraudulent trick, obtained the sum of $15,000 Australian Dollars from Tuciata Leifi, a citizen of Queensland, Australia, whom you met on POF dating site, wherein you represented yourself to be one Dina Gomez, a US Military officer on peace-keeping mission in Iraq, which representation you knew was false.”

Following his guilty plea, the prosecuting counsel, Nnaemeka Omewa, gave a review of the facts against him.

According to Omewa, the EFCC, in January 2021, received intelligence about the activities of some internet fraudsters.

“On receipt, the same was analysed and surveillance carried out and found worthy of investigation,” he said.

According to him, the defendant was subsequently arrested at Sangotedo, Ajah, Lagos and brought to the EFCC office for further investigation.

He said a HP laptop and an iPhone 11 were recovered from him.

He told the Court that further investigation, including the analysis of his devices, confirmed his involvement in an online dating scam and he was charged accordingly.

Omewa, therefore, urged the Court to convict the defendant based on his guilty plea.

He also prayed the Court to forfeit to the Federal Government the items recovered from him.

Justice Solebo, thereafter, found him guilty as charged and sentenced him to six months in prison.

He was also ordered to restitute the $15,000 Austrian Dollars to his victim.

The items recovered from him were also ordered forfeited to the Federal Government.

“Upon release, he should enter a bond with the Commission to be of good behaviour,” Justice Solebo further held.