Being Nigerian Outside Nigeria: An Extra Burden 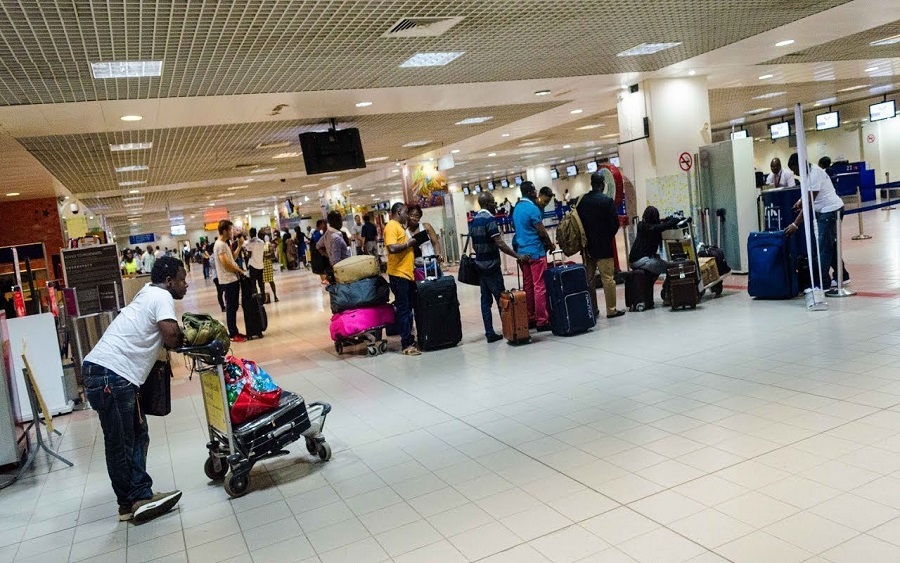 I’ve been in and out of South Africa for the last five years. On my first arrival in Johannesburg, January 2014, I was welcomed at the airport by Fr. Terry Nash. He was smiling, I was smiling, too. I was in the company of six other guys who introduced themselves – from Delta State, Akwa-Ibom, Benue, Anambra, etc.

It got to my turn and I said IMO. Fr. Nash’s smile ripened into a giggle, “I have heard about Imo, I met many people from Imo State because I’ve been in prison ministry. Nigerians generally make up a high population in the prison here. And the Imo guys make the church in prison so vibrant, those guys are great”, he said, still smiling.

My own smile had left me. Years later I would find myself suffering what seems like a stigma that comes with being Nigerian. Every time I found myself in the airport, my identity as a Nigerian is a source of worry: being asked to step aside for extra questions, being delayed by extra protocol because I’m Nigerian.

Three years ago I was returning to Nigeria on holiday. There was small chaos at the airport: the noise of police whistles and the barking of police dogs filled the air, “get that man”, a chubby white policeman was screaming. “Somebody has been caught with drugs again”, an unknown Black man quickly hinted me, “it is these Nigerians”. I quickly became furious.

“You can’t be sure it’s a Nigerian”, I retorted. Well, the guy was caught. Behold, he had a strong Nigerian accent while he was begging the policemen, and had the angled shape of my head: Igbo, with a rosary on his neck. I gave up on defending Nigerians’ reputation.

I gave up because shortly after a Nigerian family volunteered to do clean up in a certain Catholic parish in Johannesburg, the police stormed into the church one day and found drugs hiding behind the terbanacle. I gave up when a Nigerian asked by an immigration officer to step aside, was scolding the officer for delaying him and raining legal threats, “I know my rights, you can’t keep me this long”, only for the immigration officer to find that his documents had all been forged.

Once, on returning to South Africa from Nigeria I was with an old Yoruba woman who couldn’t speak or read English, her son in Pretoria had a newborn baby. She had been invited, they somehow succeeded in making her a passport and got her a visa. She couldn’t read anything or understand any information at the airport, so I helped her because my Yoruba is fluent.

When finally we reached Johannesburg the immigration officers had questions about some “strange” things in her bag. I told them those were cooking ingredients, I was the translator between her and the officers. Soon she became worried and whispered into my ear, “Eyi n di isoro. Fun won ni five hundred naira” (this is becoming a problem, give them five hundred).

“Oya fun won ni one thousand” (then give them one thousand). She squeezed a wrinkled one thousand naira note into my hand. I told her they do not use naira here. “haaaaaah” her mouth opened. I expected that, I smiled.

Weeks later I had a Nigerian friend who was in dire need. He lived with me, he talked about his two million naira which he was expecting from Nigeria, with many proves of the availability of the money. So he borrowed six thousand rand from me. My friend, it’s now more than two years, he never paid. He fled to someplace else and never returned my calls. I learned later he had borrowed also from a Kenyan who was our neighbor, and this neighbor kept asking where my ‘brother’ was. Until today he never paid, and it doesn’t prick his conscience.

It’s important for we Nigerians to ask ourselves serious questions. What is the most important thing to a Nigerian? What kind of factors in our childhood makes us desperate and dangerously competitive? Sometimes we are under the pressure of our parents and peers to “prove ourselves”.

When the average Nigerian travels abroad he doesn’t travel to merely make a livelihood. His plan is to outshine his peers. I do not find this common among South Africans. They’re usually satisfied, they just want to have what they need, they don’t kill themselves over what is beyond them.

The first time I had a drive to Durban with a senior brother from Mariannhill we saw a Nigerian suspiciously passing a tightly-folded bag from under the counter, then they made signs to each other, then he sneaked out. Another man entered and sneakily collected it.

The Zambian brother tapped my back, “drugs, they are your brothers”. The saddest thing is that those who choose to talk about this are attacked and bullied on social media, they are regarded as unpatriotic citizens. Because Nigerian morality ends with sex and marriage. Finished. Talk about issues on human sexuality and you’ll see the bible-thumping Nigeria saying, “hellfire, Adam and Steve, weapons of the devil, it is not our culture”, but bribery is our culture. Everything else asides from sexual activity is survival, so it’s unofficially acceptable. Our mouths are sharp when HIV is mentioned, we often think we are very moral. What shall it profit a virgin who is a thief? Nigerian morality is faux.

“What is your brother doing in Malaysia?”

“He is hustling”, that is all you can say. He’s just hustling. He comes back to Nigeria and does Thanksgiving and the priest blesses him with chasuble spread out. He pays his tithes and gives huge offerings, and his name is announced in church. But nobody notices that poor man at the corner of the church who is a gateman and gives his offering from the little he earned through honest work.

What is your brother doing in Dubai? You give random and vague answers: He’s trying to find something, we are praying he succeeds, please put him in prayer. You know that kind of prayer, right?

A South African Bishop once made a joke, “it is easier to trust a stone than to trust a Nigerian. You keep a stone on this table, you’ll still find the stone when you come back. Keep a Nigerian and come back later, the Nigerian is gone”. And yet we wonder why religious orders outside Africa are afraid of considering Nigerian applications. Our brothers who were admitted into American dioceses arrived at the airport and then ran away.

I visited a church in Johannesburg where I heard during the announcements that the guy who teaches the altar servers had been shot dead. A Nigerian. Later the circumstances surrounding his death did not match with a person who would teach mass servers how to serve Holy Mass.

It should make us ask questions about what we value the most as Nigerians: religion or integrity? Perhaps something is wrong with how we have been evangelized.

Back home in Nigeria, Nigerians who are not corrupt are seen as fools by their fellow Nigerians. Their wives mock them. Those Nigerians who studied abroad and now see the world differently, hardly ever come close to political offices in Nigeria, they just won’t fit in. And yet we love Jesus the most, we are the bastion of faith in Africa.
Do you know why your visa has been rejected many times? It’s because your passport is a Nigerian passport. Ask your friend from Tanzania, he’ll tell you how easy it is for him to get a visa.

Do you know why your admission into that European University is taking long? It’s because they’re still investigating your documents to be sure that they’re not fake. Ask your South African friend, he already got an admission.

Now that a new word has been added into the Oxford Dictionary “Nigerian Scam” (please google it) we can be sure that our position in the world is in the first place. Think Nigerian, but let it be that your reputation is important.

Identify as Nigerian, but make sure those who come after you are not denied privileges because of you. Because of those who represent us positively around the globe, because of the many Nigerians who work to earn their living, I am proudly Nigerian. I am proudly Nigerian, because Pius Adesanmi was, Chinua Achebe was, because Anthony Cardinal Okogie is, because Chimamanda Adichie is, because Fela Kuti was, because of people such as Flora Nwapa, Ben Okri, Dora Akunyuli, Bishop Hassan Kukah, etc. There are many models you could choose from instead of adding to our dirty script. Save other Nigerians from stigma, be true.