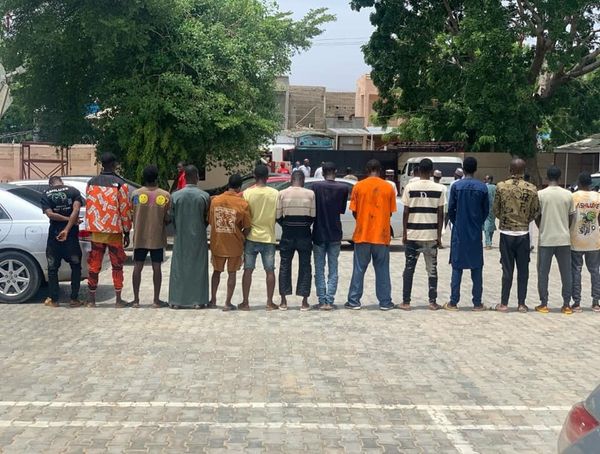 The suspects who were mostly youth in their early twenties were arrested by a team of operatives of the Commission.

This follows intelligence indicating that some Internet fraudsters were perpetrating fraudulent activities around Dutsinma Local Government Area of Katsina State.

A statement issued by EFCC‘s spokesman, Wilson Uwujaren on Friday said on the strength of the intelligence, a team of operatives was dispatched and they effected a raid on their hideouts and arrested the suspects.

The EFCC said investigation was ongoing and that indicted suspects would be charged to court.