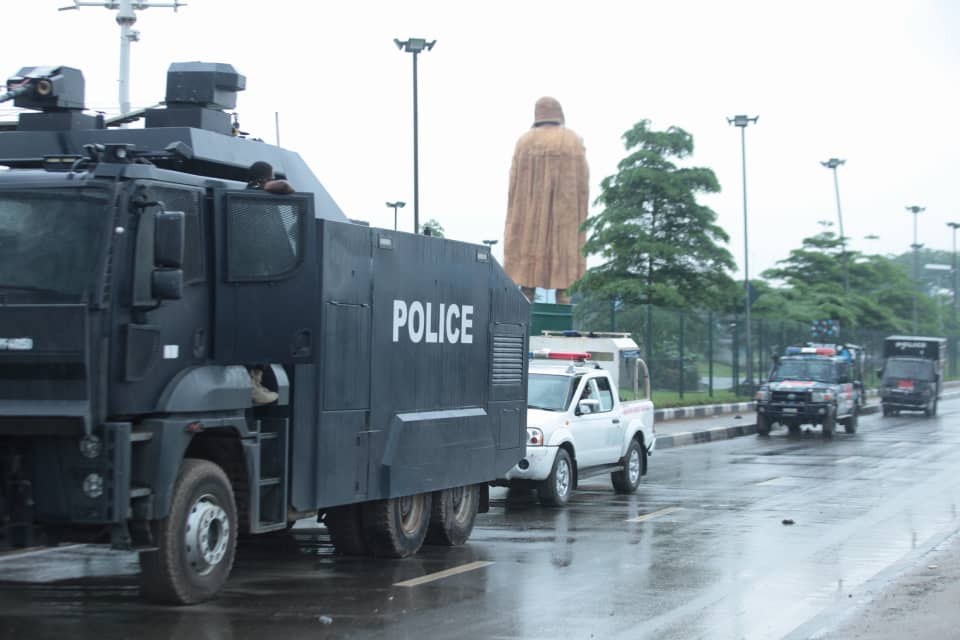 Armed officers of the Nigerian Police force have taken over Ojota in Kosofe Local Government Area of the State, ahead of the national rally planned by Yoruba Appraisal Forum in Lagos State today.

The group had planned to embark on a rally slated for Friday at the Gani Fawehinmi Freedom Park, Ojota, Lagos, by 9 am but no protester had been seen till 12noon.

The PM News correspondents at the scene reported that the proposed venue for the rally was flooded with armed security men, including officers of Lagos Police Command, RRS operatives, Lagos State Task Force and Lagos State Neighborhood Security Watch (LNSC).

Police vans, armored tanks, and Black Maria were stationed at strategic points to prevent the rally.

The Lagos State Police Command had on Thursday warned YAF to stay clear of Lagos as no rally is allowed to hold in the state on Friday.

The command‘s spokesman, Muyiwa Adejobi, in a statement said it has been brought to the knowledge of the command that a Non-Government Organization, Yoruba Appraisal Forum has concluded to hold a rally in Lagos.

The police sighted health-related (COVID-19) among others reason to halt the rally as it will definitely trigger and spread the pandemic in the state.