Ganduje not a wicked leader - Buhari 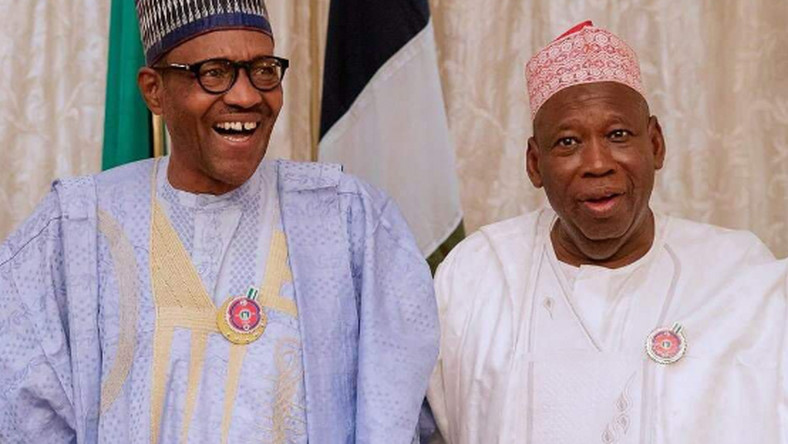 President Muhammadu Buhari has stated that Governor Abdullahi Umar Ganduje is not a wicked or malicious leader.

Buhari stated this on Thursday while commending the Kano governor for completing projects started by his predecessors.

He said Ganduje showed signs of strength and good leadership.

“It shows that he is not wicked or malicious,” said the President.

The president, however, called for imbibing the culture of completing projects of importance in order to save time and cost overruns without minding which administrations began those projects.

The President said he was glad with the many projects the Governor is putting in place, adding that this is the only way to justify the resources that are being managed on behalf of the people.

Governor Ganduje in his remarks expressed the gratitude of the government and the people of Kano for the care and love lavished by the President as manifested by key appointments as well as the many ongoing federal projects, including the Kano-Kaduna modern railway project, which construction the President kicked off in the city on Thursday morning.

Emir Aminu Ado Bayero, who also welcomed the President to the Palace which he said has always served as his home.

He commended the President for carrying out so many infrastructure projects in the state and across the nation in spite of the global economic meltdown caused by the Coronavirus pandemic.

The monarch, however, urged that more attention be paid to the problems of security, poverty and food inflation.

He equally urged his subjects to pray and show patience and understanding towards their leaders.

Before his presence in the Place, the President had commissioned a very impressive three-layer bridge in the city, put up by the Ganduje administration to alleviate excruciating traffic hold-up on a major road crossing beside the state Secretariat. 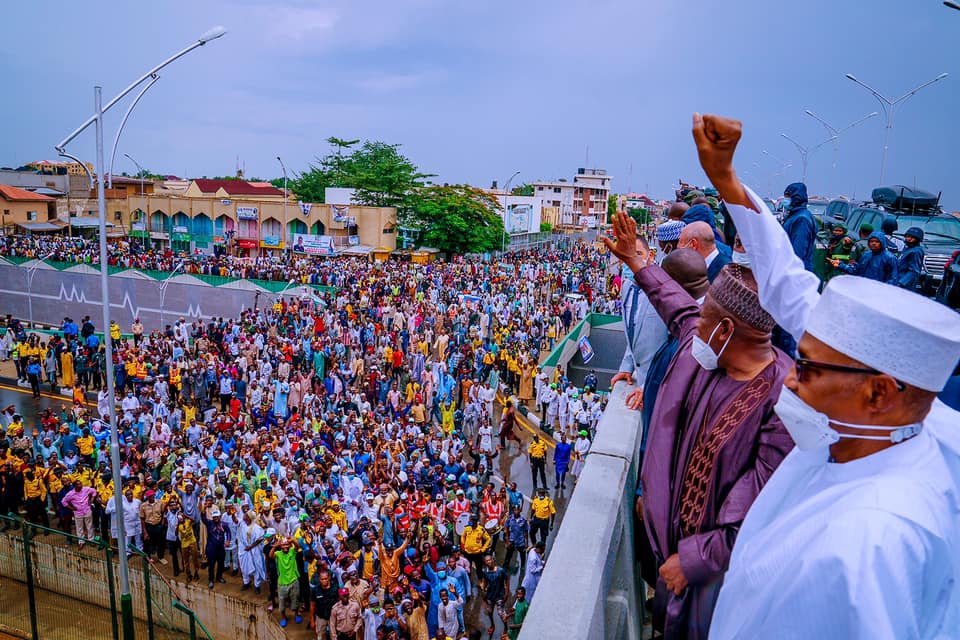 President Buhari was welcomed, as usual by mammoth crowds that lined his routes.