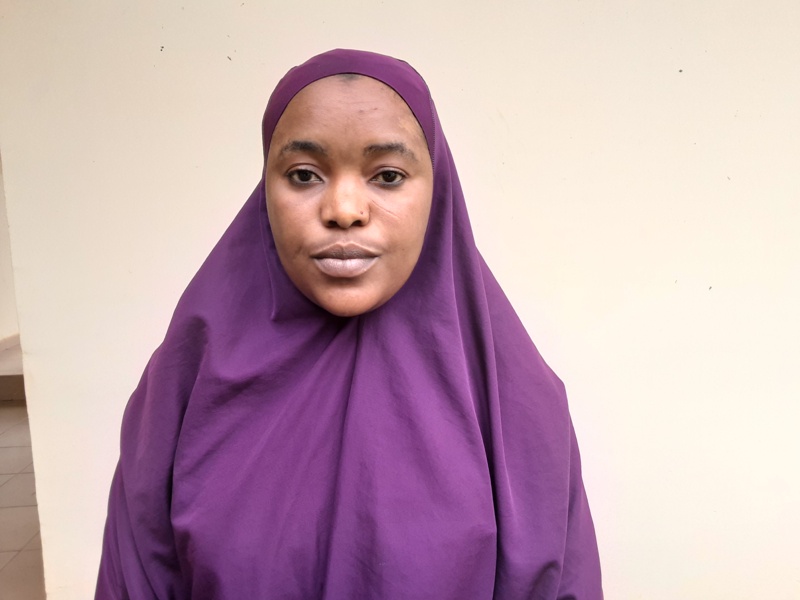 The charge on which the defendant was convicted reads, “that you, Hauwa Nasiru Garba “female” sometime in 2019 in Kaduna within the jurisdiction of this Honorable Court did commit an offence, to wit: cheating by impersonation, when you pretended to be a Military Officer and dishonesty induced Muhammed Idris to deliver to you the sum of Sixty Seven Thousand Naira (N67,000.00) thereby committing an offence contrary to Section 308 of the Penal Code Law of Kaduna State, 2017 and punishable under Section 309 of the same Law”.

She pleaded guilty to the charge following a plea bargain with the prosecution and was convicted.

Justice Aliyu sentenced her to One Hundred and Fifty Thousand Naira (N150, 000.00) fine.

The Court also ordered her to restitute the sum of Sixty-Seven Thousand Naira (N67, 000.00) to the victim.

The convict who is 33 years old had been posing as military officer to defraud unsuspecting individuals with promises of helping them enlist in the armed forces.

Luck ran out on Hauwa when the Commission received a petition from one Muhammed Idris alleging that the convict induced him to pay the sum of N67,000.00 into her account with the promise that she would help secure employment for him with the Nigerian Army or Air Force, a promise she failed to keep. And all efforts by the complainant to recover his money were futile.