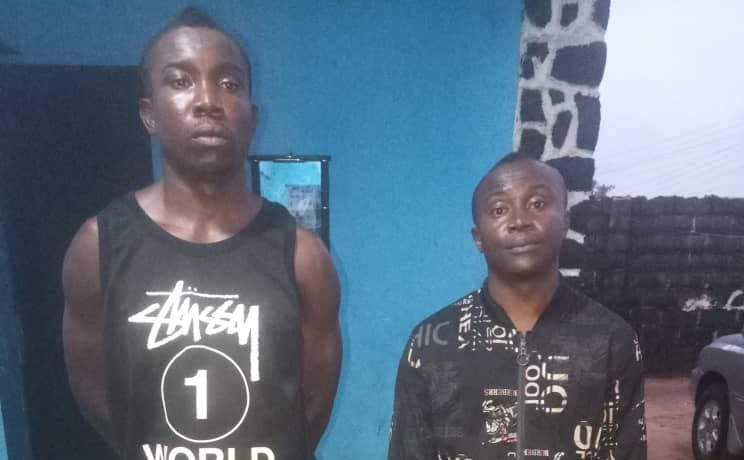 The Imo State police command has announced the arrest of Darlington Ogubike and Ihuoma Emeriole suspected to be notorious armed robbers.

CSP Micheal Abattam, Police Public Relations officer in a statement on Friday said that both suspects were arrested after reports that a gang of armed robbers terrorizing Mbasie were sighted in the community.

The command’s tactical team raided the hideout of the gang where both suspected robbers were nabbed.

CSP Micheal stated that both suspects are currently undergoing interrogation and have made useful statements that will help the police arrest other members of their gang.

The State Commissioner of Police, CP Abutu Yaro in the statement, commended residents of Imo State for providing credible information that has led to the arrest of the suspects.