The name of Prof. Charles Soludo is conspicuously missing as the Independent National Electoral Commission, INEC, released the list of candidate for the November 6 governorship poll in Anambra State.

Also, the commission did not list the name of any candidate for the Peoples Democratic Party, PDP both for governorship and the deputy governorship based on court order.

National Commissioner and Chairman Information and Voter Education Committee, Festus Okoye, said the commission considered and took cognisance of the judgments/court orders served on it in relation to the primaries of the political parties and other processes leading to the election.

“In line with section 31 (3) of the Electoral Act, 2010 (as amended) the personal particulars of the candidates will be published in the commission’s notice board in Awka, Anambra State while the names of the candidates, their gender, party, age, qualification and the Commission’s decision/remark are herein attached,” he said.

In all 17 political parties, excluding the PDP, which had no candidate are fielding candidates for the November 6 governorship election in Anambra State. 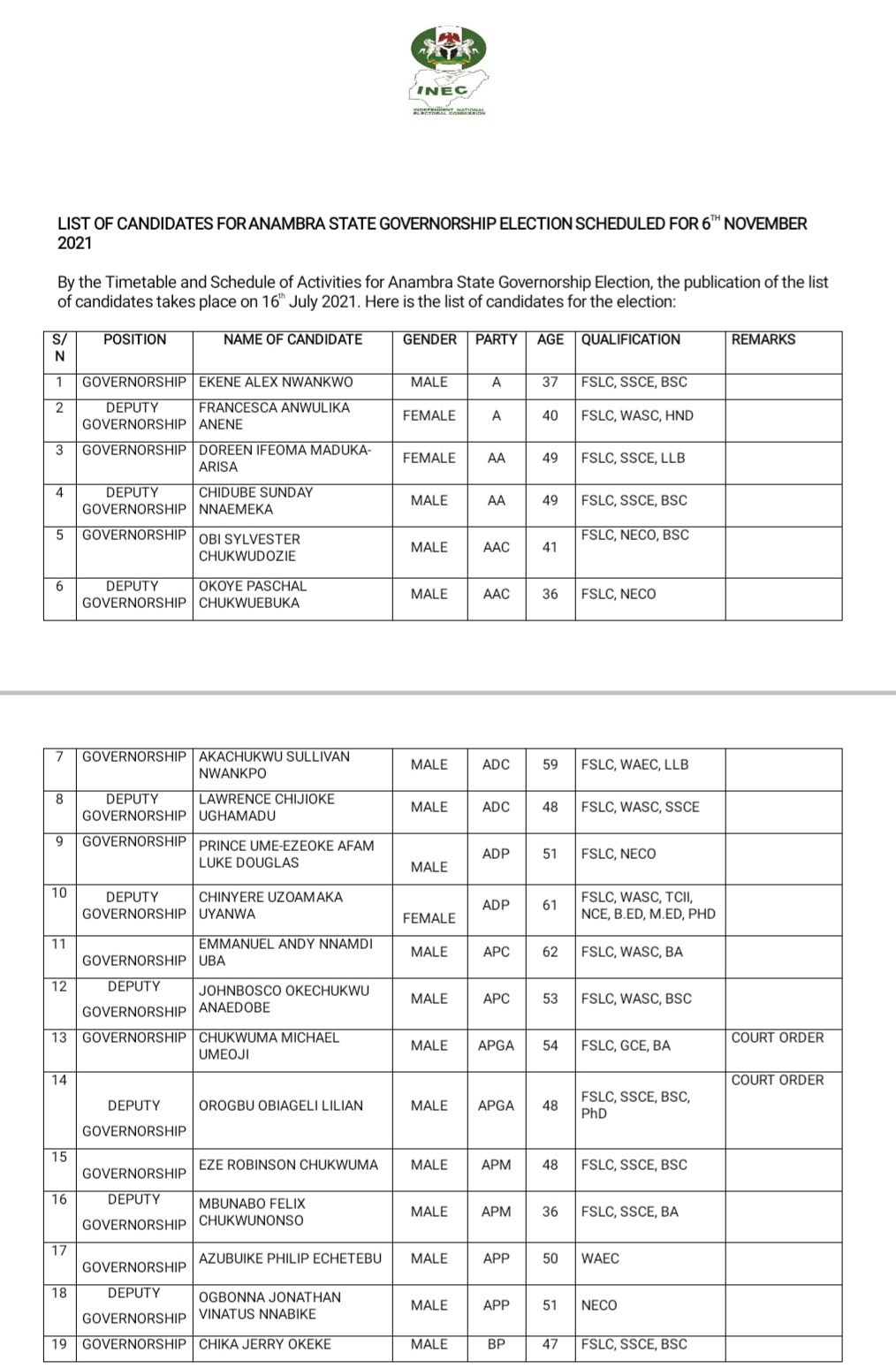