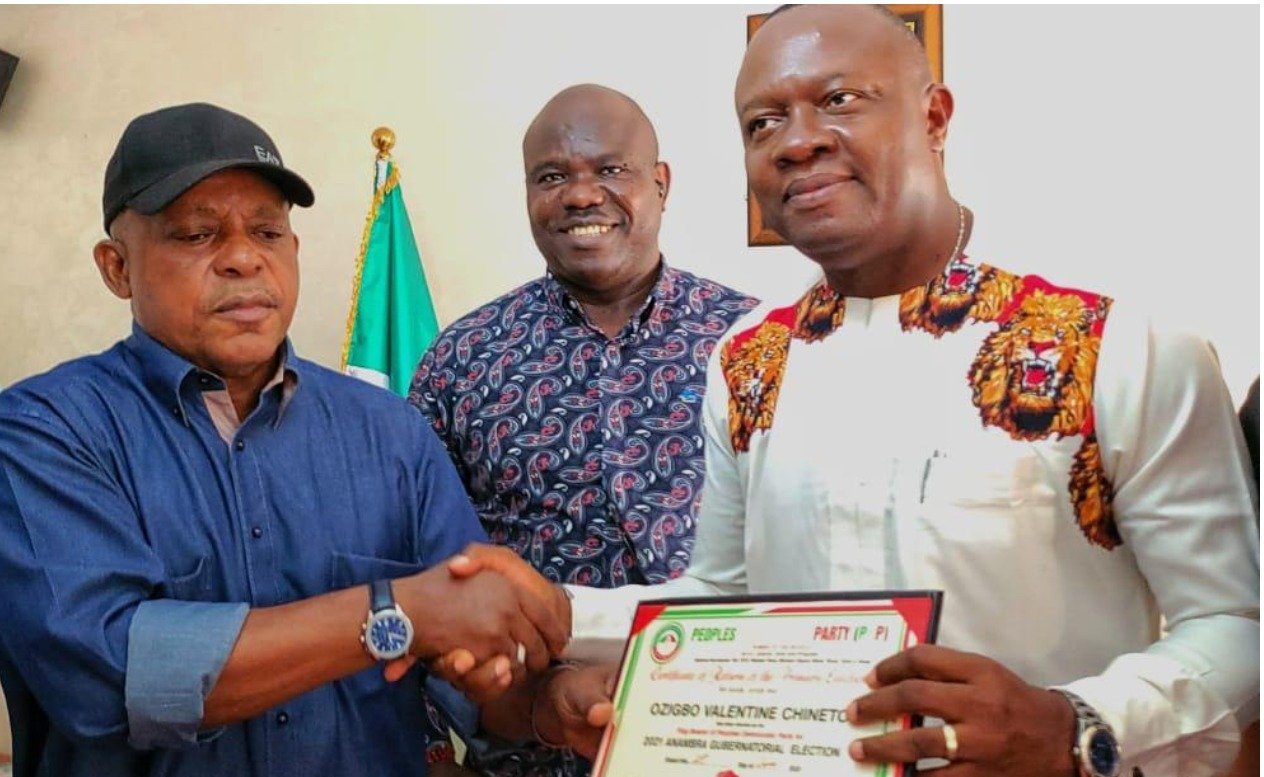 The flag bearer of the Peoples Democratic Party in the coming Anambra election, Valentine Ozigbo, has expressed confidence in contesting the election.

This is despite being excluded from the final list of aspirants published by the Independent National Electoral Commission (INEC) on Friday. INEC cited court order as their reason for not listing any PDP candidate in the aspirant list.

Ozigbo, however, described his exclusion from the INEC list as temporary.

He said this on Saturday while assuring the people of the state that he was still in the governorship race.

While Ozigbo emerged the candidate of the party in a primary election conducted by the mainstream of the PDP on 26 June, a faction of the party elected Dr Ugochukwu Uba as its candidate for the poll thereby necessitate litigation about the exercise.

A statement by Ozigbo media adviser, Aziza Uko, on Saturday noted that INEC’s reliance on a court order in not publishing his name as a candidate in the race was “a matter of procedure and temporary”.

The statement maintained that the PDP had mobilised men and resources to ensure that the order was vacated to enable INEC to update its records with the name of Ozigbo as the gubernatorial candidate for the state as was earlier forwarded to the electoral body by the PDP.