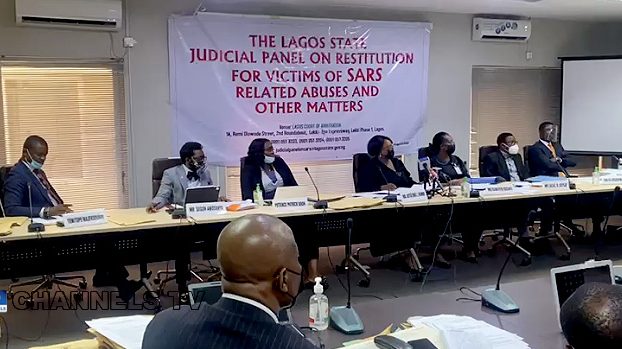 The Lagos State Government has extended the tenure of the Judicial Panel on Restitution for Victims of SARS Related Abuses and the Lekki Tollgate shooting by three months.

Justice Doris Okuwobi, chairperson of the panel made the announcement during the proceeding on Saturday.

The panel was supposed to end sitting April 19 but was extended by three months until July 19 for it to conclude hearing.

However, the panel got another extension as it is yet to conclude hearing on the Lekki shooting and several other petitions related to SARS and police abuses in the state.

The fresh extension means the panel will now sit until October 19 a day before the anniversary of the October 20, 2020 shootings at the Lekki Tollgate.

Since the commencement of the hearing, 37 cases had been concluded while 109 petitions remained unheard necessitating the request for an extension of time.

The panel has also compensated 25 victims of police brutality so far in the state.

The total amount disbursed in compensation of victims of police brutality by the panel was N151.25M.