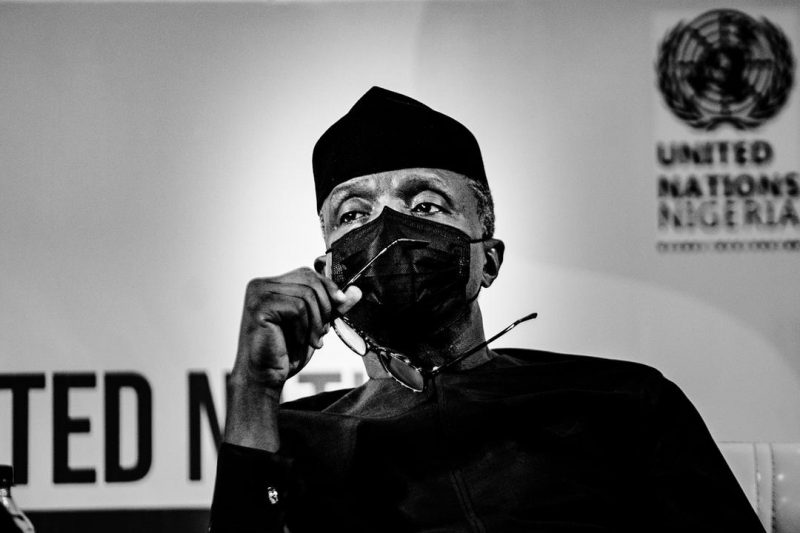 The vice president said that such composure would enable those being led to follow in the footsteps of their leaders.

Osinbajo’s spokesman, Laolu Akande, in a statement on Saturday in Abuja, said the vice president virtually-delivered a keynote address at the 25th year anniversary conference of the Redeemer’s International Leadership Academy (RILA)

The theme of the conference, organised by the Redeemed Christian Church of God (RCCG), is “Winning in Adversity.’’

According to Osinbajo, it is in times of adversity or difficulty, or hardship that leaders are most relevant and most needed.

“The leader cannot afford to lose his cool or his focus. He must calm himself down and calm the people down as well.

“When all is well, there is no need for guidance, encouragement or instruction, but it is especially in the midst of wars, conflicts, insurgency, famines, danger, and fear, that people look to leadership.”

He made reference to the story of Moses and the Israelites in the Bible.

The vice president said that Moses looked up to God for help and God spoke to Him.

“But note that Moses first gave the people confidence in the power of God to deliver and fulfill His promises.

“He had not yet heard from God on this particular problem, but because he knew the God he served, he was able to say this with confidence.

“In adversity, especially where the future looks bleak, people want to give up, retreat, go back and they certainly don’t want to go forward.’’

Osinbajo, an alumnus of the Academy encouraged leaders, particularly Christian leaders, to act in faith and not fear when they were faced with a crisis, especially existential crisis.

“God knows all things; we must obey in faith even when we are afraid.

“This is the burden of leadership, especially leadership according to the principles of scripture,” he said.