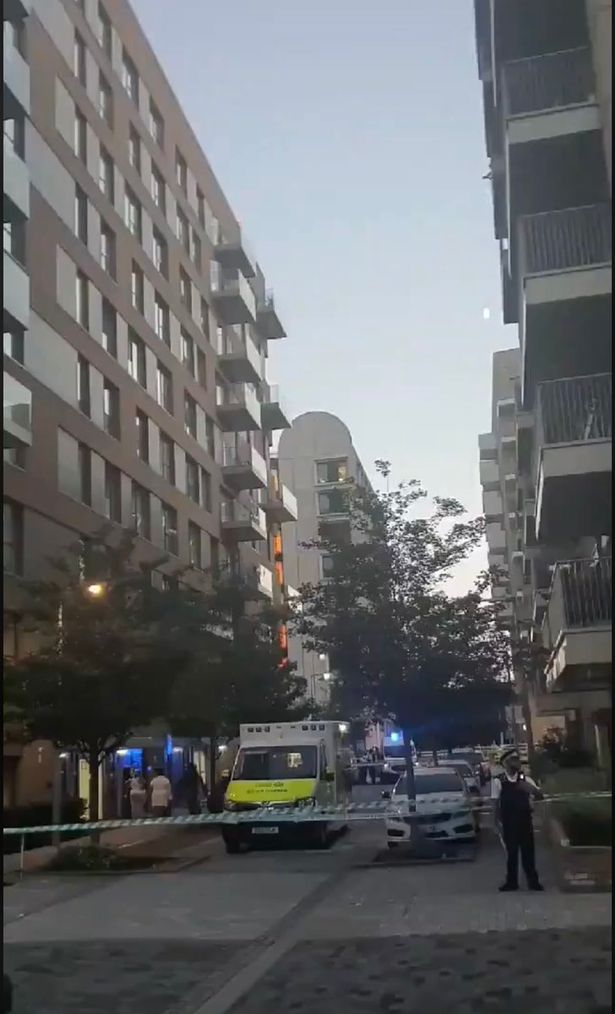 Scene of the incident. Photo: MyLondon

A middle-aged woman has died after she fell from the balcony of a 6th in Greenwich, London.

She was pronounced dead at the scene of the incident immediately she landed on the floor.

According to MailOnline, the police were called to Barge Walk on Friday night after the woman, who was in her 50s, fell from the sixth floor of a balcony.

Police Officers and paramedics from London Ambulance Service were called to the scene in south east London at 8:30pm.

Witnesses said she had fallen from a sixth story balcony in a block of flats.

According to MyLondon, officers and the London Ambulance Service tried to help the woman, but her injuries proved fatal and she was pronounced dead at the scene.

The Met have launched an investigation and are looking into the circumstances around the fall.

A spokesperson for the force said: “Police were called to Barge Walk, SE10, shortly after 8.30hrs on Friday, July, 16, to reports of a woman fallen from height.

“Officers attended along with paramedics from London Ambulance Service.”