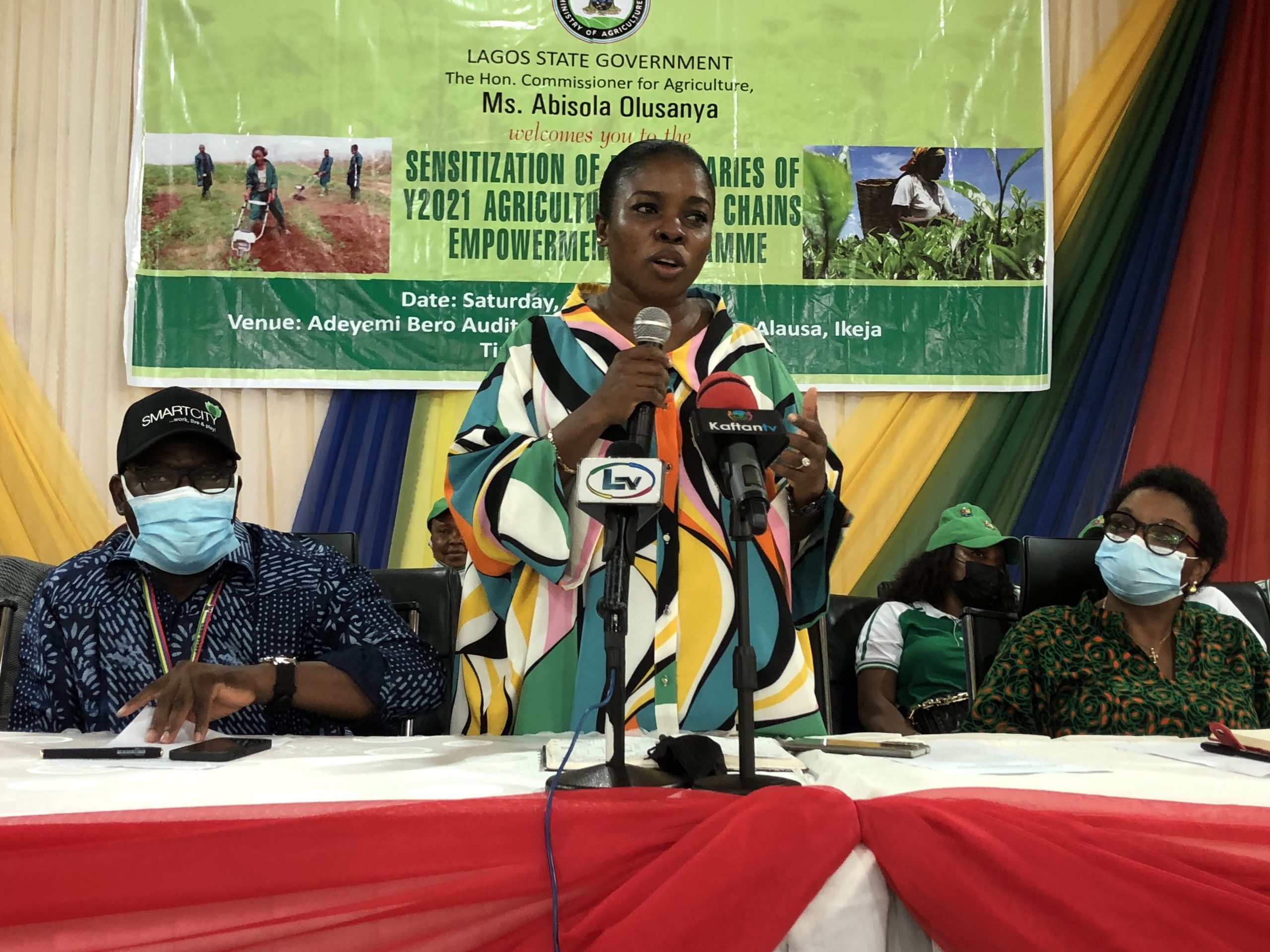 Ms Abisola Olusanya, Commissioner for Agriculture, disclosed this over the weekend at the sensitization programme of beneficiaries of this year’s empowerment programme.

She explained that this was imperative following the State Government’s resolve to create an enabling environment for youths in the agricultural land space to thrive.

According to Olusanya, the youths are the future of agriculture as they would be the ones to replace the aged and ageing farmers and agripreneurs in the State hence the need to prioritize them in this year’s Empowerment Programme.

Olusanya noted that the 300 beneficiaries include outstanding participants from the two programmes adding that they would be put in incubation centres, support them with extension services as well as bring donor agencies to them to see how they could be supported.

“In a society like ours where there is so much demoralization, the people who are most impacted are the youths. According to the Book ‘My Vision’ by Sheikh Mohammed bin Rashid Al Maktoum, the leader of Dubai, it says: ‘When a government does not act in the right manner, demoralization sets in especially for the youth.’ When the youth is frustrated, chaos will set in.

“Under the mandate of Mr Babajide Sanwo-Olu, after exclusive deliberations around what we need to do to make this year’s Empowerment different, we felt it imperative that we could not keep training people and pushing them out into the market to fend for themselves. We need to give them the mentorship and resources to help them stand on their own.

“Essentially, this is like a pilot Empowerment Programme for the youth in a way and manner we haven’t done before. The idea is, we will empower you, but we want you to be within a location where our people can provide you with the support services, professional advice, where we can bring people with technology to help you improve, make better money and increase your yield.

“We have a total of 300 participants out of which 240 is for aquaculture and 60 for poultry. Out of the 240 going for aquaculture, we will have about 80 in the facility in Araga, Epe while the remaining 160 will be at the Lagos Food Production Center, Avia, Badagry,” the Commissioner averred.

She stated that this year’s Empowerment Programme is different as it essentially focuses on three specific value chains of poultry, piggery and aquaculture (artisanal fisheries) that were most affected by the Corona Virus pandemic and the outbreak of zoonotic diseases.

The Commissioner added that the Gberige and Oke-Aro Piggery Estates’ farmers were badly hit by the African Swine Fever which practically cleared out the livestock in the Estates stressing that as such 400 pig farmers from the two estates have been earmarked to receive 3 pig growers each as well as regular veterinary services while also four groups of pig processors would get smoking kilns as empowerment.

Olusanya opined that each of the beneficiaries needed to be sensitized on what to expect from the Agricultural Value Chains Empowerment Programme, the structure it would take and the monetary value of what they would get so that they would understand how much the government is investing in them as well as what is expected of them as an outcome going forward.

“We have always done the Agricultural Value Chains Empowerment Program but this year, it’s different. And the reason is we’re introducing the sensitization angle to it. It’s one thing to empower people, but they don’t even know what it is that they are going to take out of the program, or what they’ll get as beneficiaries.

“So this sensitization essentially is to share information for them to be aware of what they will be getting, what the structure of the empowerment is going to be like; what the monetary value of what they are getting is, so that they begin to understand how much the government is really investing in them, and what is expected of them as an outcome going forward. So we felt it was very important for everyone to be on the same page, and also to begin to create that bridge of trust.

“The reason why there’s so much distrust in government is because the information is probably not shared well and people make judgments based on their own assumptions of this. Using this platform, there are no assumptions, we have cleared every doubt from the minds of our people.

“And it’s only for them to see on that day of the empowerment that we are bringing to them all that we have said we will bring for them. So essentially information dissemination to the beneficiaries, to the stakeholders, for everyone to know what to expect,” she asserted.