Nwankpo: How I will win Anambra governorship seat 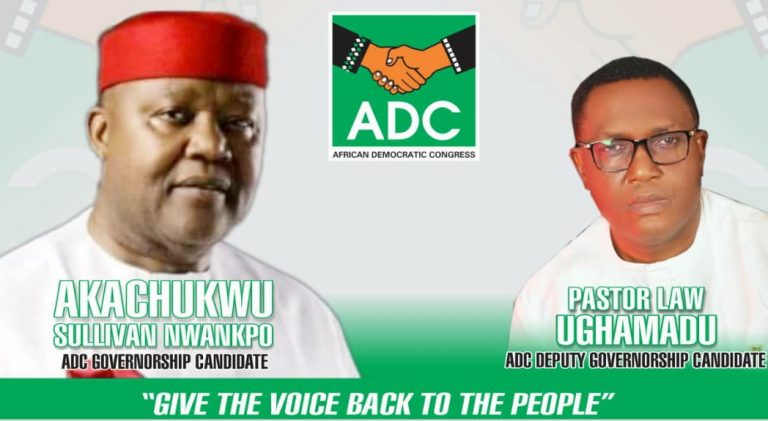 Dr. Akachukwu Nwankpo, the candidate of the African Democratic Congress (ADC), said he will win the Nov. 6 governorship election in Anambra by adopting a grassroots-based campaign.

Nwankpo said this when he received members of the State Executive Committee of ADC in his country home, Okija, in the Ihiala Local Government Area.

He urged the party leadership to embrace his ‘Kwem N’aka; Gwam Eziokwu’ (Shake my hand; Tell me the truth) campaign strategy which he would roll out soon.

He promised to ensure that every community and the 326 electoral wards in the state were made part of the train.

‘Kwem N’aka; Gwam Eziokwu’ is literally translated as ‘Shake My Hand and Tell Me the Truth’ in line with the party logo.

He urged residents of Anambra and the electorate to rally around his candidacy while assuring that he would deliver on all his campaign promises to the people.

“I am now unarguably the most preferred candidate to win the November election. So, we urge all the party’s executive members, indigenes and non-indigenes in the state to rally support for my candidacy.

“We call on Anambra voting public to get their voter cards and vote massively for the ADC and its candidate to make our mantra of ‘Anambra families first’ a reality,” he said.

Nwankpo said nobody could afford to be indifferent in the coming election as the stakes were high.

He promised to ‘definitely’ deliver on his promises to Anambra, pointing out that the ADC government under his watch would ensure that all Anambra families benefited from their government and enjoyed dividends of democracy.

“It is time to give the voice back to the people by doing everything necessary to lift Anambra from where it currently is to where it should be by exploiting her enormous potential in both human and natural resources,” he said.