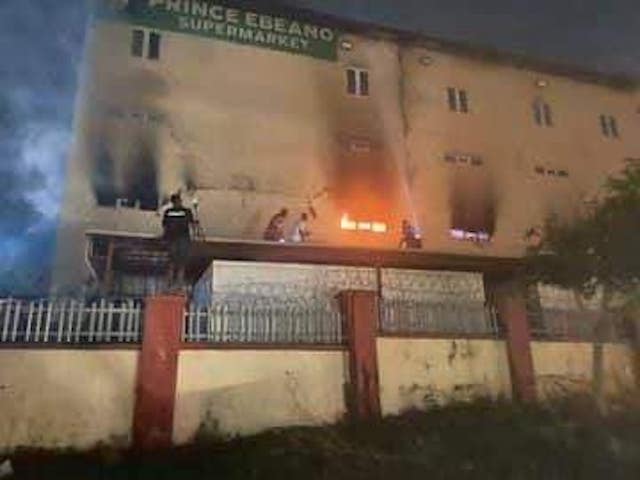 The fire started in the evening on Saturday.

However, the cause of the fire has not been ascertained at press time.

The amount of damage the fire has caused the supermarket is also yet to be estimated.

However, while the fire was on, scores of Firefighters were at the scene to quell the fire.

“Ebeano supermarket is on fire and many FCT fire stations namely Nji, Games Village, Garki and Asokoro are there fighting the fire,” he said.