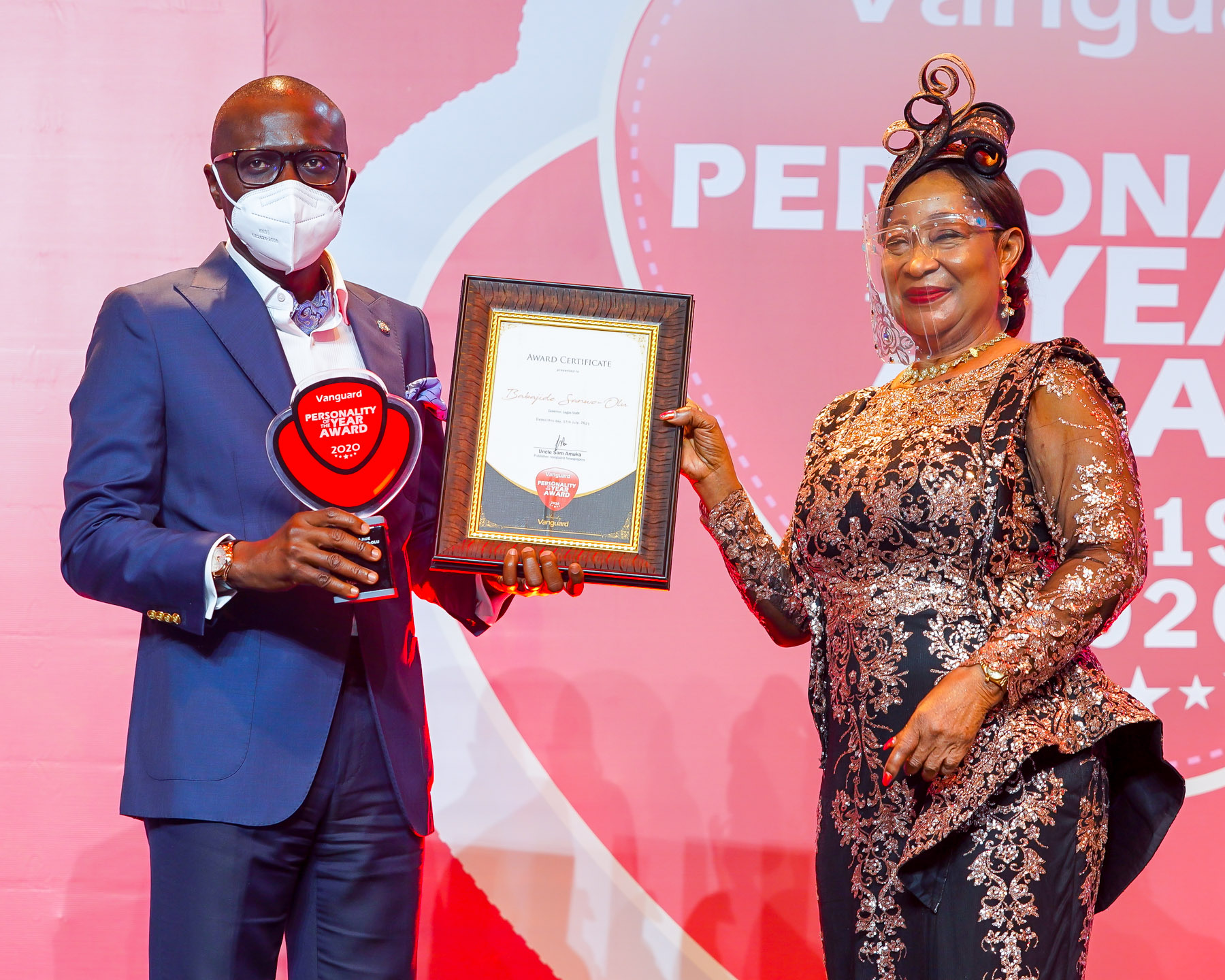 Other recipients in this category are Governor of Borno State, Prof. Babagana Zulum and business icon Mr Femi Otedola.

The Governor disclosed on his social media pages that the award meant a lot to him as it would constantly remind him and his team to work harder for Lagosians.

“I feel highly honoured to receive the Vanguard Personality 2019/2020 by the Vanguard Newspapers Group. The awards mean a lot to me.

“This prestigious award will be a constant reminder to me and my team to perform better to outdo ourselves in the current year for efficient service delivery to the good people of Lagos State.”

Dedicating the award to Lagosians, Sanwo-Olu reiterated his administration’s commitment to achieving the Greater Lagos vision in line with the THEMES agenda.

He also thanked organisers of the award as well as the citizens for believing in the current administration, pledging that the government would not let them down.

“I wish to dedicate the awards to every Lagosian out there for believing in our administration’s vision of a Greater Lagos. We will not relent in our efforts to achieve this and other set goals along with our THEMES agenda.”

“My special thanks go to the Vanguard Newspapers Group for the honour. Again, I thank Lagosians for standing by our government through the many phases since the beginning of the administration. Be assured that our best is yet to happen,” Sanwo-Olu said.