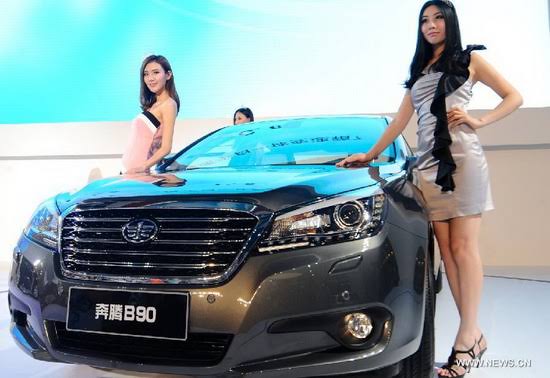 Stakeholders in the nation’s automotive industry are pessimistic of the future of auto fairs in Nigeria.

Their fears are being ignited following a very low turnout recorded during the just concluded Lagos Motorfair, which in the past 10 years have remained one of the major auto fairs in the country.

Strong indications of the future apathy from stakeholders emerged a few weeks ago during the 15th edition of the Lagos International Motor Fair organised by BKG Exhibitions Limited which recorded an all-time low turnout of auto dealers and other stakeholders in the nation’s automotive industry. The previous edition recorded the same low turnout.

Apart from vehicle dealers, regular spare parts exhibitors from overseas and other dealers in auto and allied products and services were absent due mainly to Covid-19

The low turnout, according to the investigation has to do with the outbreak of the Covid-19 pandemic worsened by the poor economic situation which has not only affected car dealerships across the country but has drastically reduced the purchasing power of car users.

Unlike other editions where over 50 vehicles would be on display by different Original Equipment Manufacturers (OEMs) and dealers, the fair witnessed an abysmal number of cars and SUVs on display from Mikano Motors, Kia, OMAA, Jet Systems and Coscharis Motors.

This year, other big names that stayed away from what could be described as annual ritual are Toyota Nigeria Limited, Massilia Motors, distributors of Mitsubishi Motors; CFAO/Suzuki, Stallion Motors, dealers of over seven brands; and Westar Limited, dealers of Mercedes among others.

In his comment, general manager, marketing and corporate communication, Coscharis Group, Babarinde Abiona, said the event was not a jamboree but an opportunity to showcase what is new in the sector.

He appealed to the government to create an enabling environment and policy that supports the business that makes the automotive industry a viable economy.

He said with the entry of more players in the industry shows there is a win-win solution for everyone.

Alluding to the poor turnout at the fair, the managing director, BKG Exhibitions Limited, Ifeanyi Agwu, said it is indeed a seriously challenging time in the automotive industry in Nigeria.

Agwu said it is a season that has thrown up more challenges than ever before. A lot of companies have closed shop while a large number are merely existing and direly in need of life supports. This, he said, can be confirmed by the number of exhibitors in this year’s edition.

He added “Ordinarily it is the delight and wish of any serious player in the industry to showcase amongst others but here we are witnessing the opposite.

“All the relevant stakeholders must join hands and release the synergy that will see the sector regain the traction it has gained with the introduction of the NAIDP. This will help to fast track the development of the sector.

For Toyota, their absence in the fair has to do with the cutting of expenses which are usually associated with such fairs.

A source at Toyota Nigeria Limited (TNL) attributed its non-appearance at the motor fair to the short notice from the organisers and finance issue.

“Everyone is cutting down on cost and eliminating expenses that have no direct bearing on sales”, the source hinted.

In his views, former director of policy and planning of the NADDC, Mamudu Lukman said, “The industry is now in a state of suspended animation.” He said the absence of the National Automotive Industry Development Plan (NAIDP) is virtually killing the industry.

“We are hopeful that the minister of industry and finance will soon realise that they were wrongly advised and send a revised NAIDP to FEC for consideration. I understand it’s ready but I don’t know what they are keeping it.

Section 38 of the 2020 Finance act makes it practically unattractive to invest in local value addition like basic assembly. If you can import a fully built pickup at 10%, why will you import the same vehicle in SKD form? It doesn’t make sense. So everyone is now an importer. It would have attracted more participation if tagged in a special auction for new and used vehicles.

“Workers already trained by the industry are gradually dispersing as the companies cant continue to retain them.
“We just lost Toyota to Ghana. They approached us first. I know. I led the investment delegation to meet with Toyota Tsumitomo in Japan and the company was quite receptive. The only key demand was that Nigeria should legislate the NAIDP, but the president was advised no to sign it. Those who so advised know themselves.”

Also speaking on the motor fair, a senior lecturer at the mass communications department, Covenant University, Ota, Ogun State, Dr Oscar Odiboh said that the low turnout is clearly a backlash from the economic situation, together with the impact of the covid-19 pandemic.

According to Odiboh, due to the economic downturn, people have not been able to raise enough money to buy new cars, adding that even tokunbo vehicles were equally affected.

Odiboh who is also an automotive and communications consultant, said the only people who were able to participate in the motor show were ardent visitors as very few people are buying cars.

“The economic situation has a role to play in it. In 2009/2010, it affected the auto show. The same was in 2011- 2015. The show was affected these previous years and attendance was based on the factors I mentioned above”. Dr Odiboh said.

In his view, the marketing manager, Kia Motors, Nigeria, Olawale Jimoh confirmed that Kia Motors attended the event and that it was okay.

Ollawale stated that the event was okay and that it allowed them to display their new models, Mr Olawale hinted that the fair was the first major event that was able to bring auto assemblers together.

Speaking further, Olawale stated that one good thing about the motor fair was that it allowed them to interact with the Director-General of National Automotive Design and Development Council (NADDC), Mr Jelani Aliyu who was on the ground during the opening ceremony.

“The opening ceremony of the auto fair allowed us to have the first-hand experience to see the DG, NADDC. At the show, the DG made some good promises which have to do with government support for the auto sector. If the promises came to fruition, it will assist to boost the industry once again”, Olawale said.

Meanwhile, the federal government is planning an exhibition of locally assembled vehicles in October this year. This is to enable stakeholders that lay claim that they assemble vehicles locally in Nigeria to prove it by showcasing them to the public.

The proposed October Made-In-Nigeria auto fair was disclosed by the board chairman, NADDC, Senator Osita Izunaso during the commissioning of the National Automotive Design & Development Council (NADDC) solar-powered EV Charging Station at the University of Lagos (UNILAG) recently.