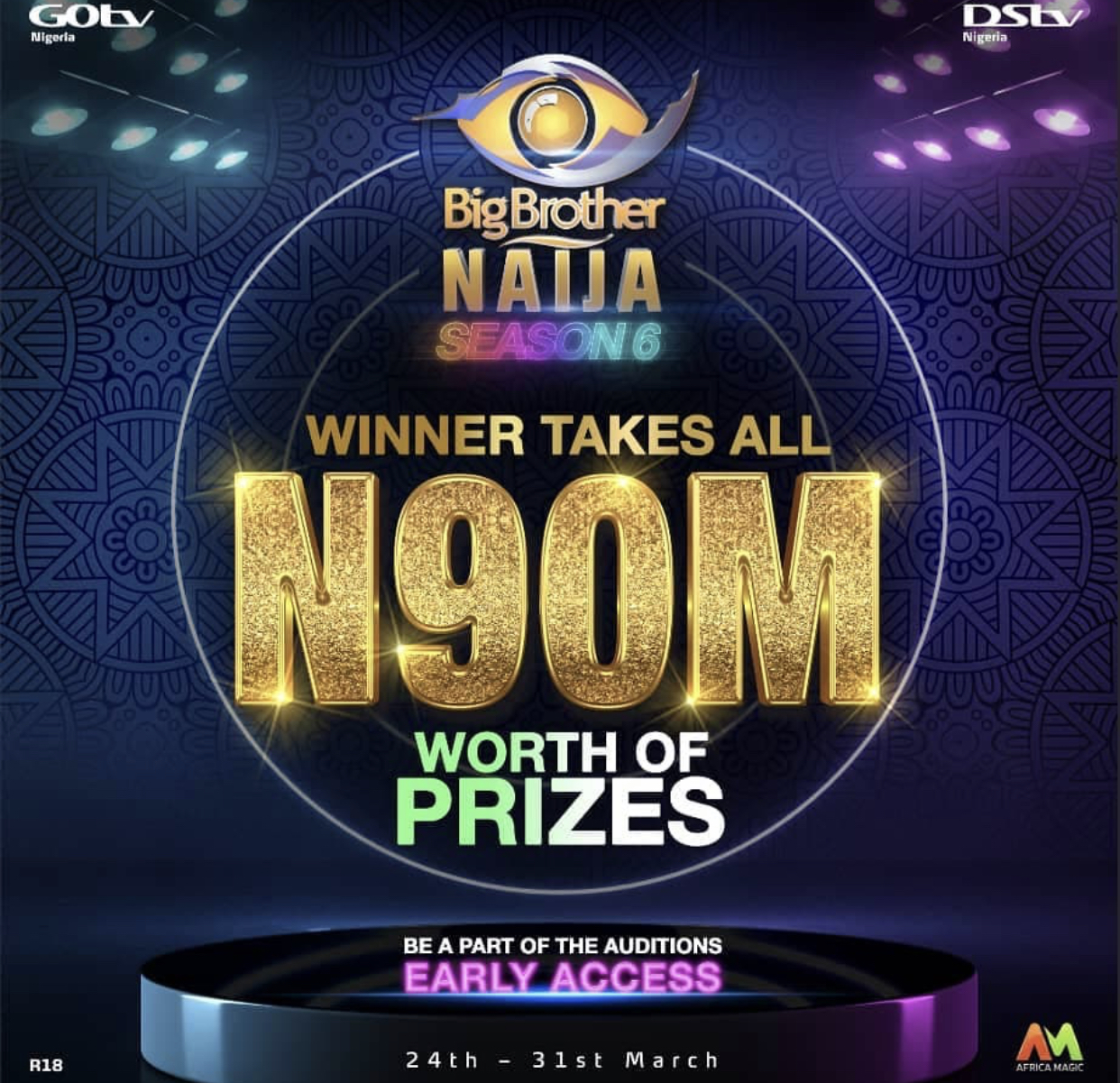 Organizers of the Big Brother Naija reality TV show have announced that the show would begin Saturday, July 24.

The show organizers made the announcement on Monday at a press conference in Lagos.

It was also announced that housemates for the season 6 have been selected, tested and quarantined for COVID-19.

Housemates would spend 72 days in the House as they contest for the grand prize of N90 million.

The organizers also announced that fans would no longer be able to vote for their favorite housemate via sms.

Fans can only vote via the show’s website and DSTV and GOTV mobile application. The organizers note that this is to enable fans outside the country be able to participate.