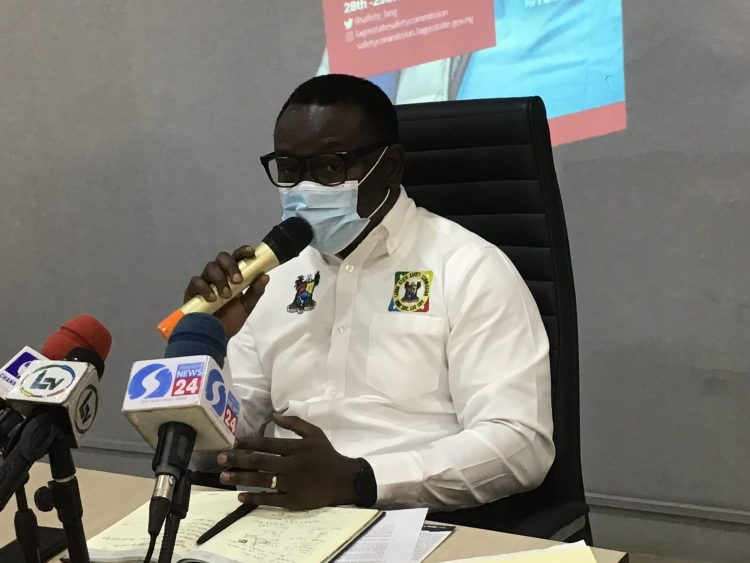 The Director General, Lagos State Safety Commission, Lanre Mojola,  has charged youths to embrace entrepreneurship and vocational skills, as it will help them contribute to the economic growth of the state and the country in general.

He said it would also help them to be self-reliant and employers of labour.
Mojola spoke at the weekend at a training it organised in conjunction with Lagos Bureau of statistics (LBS), Ministry of Economic Planning and Budget on safety survey of vocational institutions/centres in Lagos State.
He said that vocational and entrepreneurship training programme engaged the youths in activities that would make them contribute to the socio-economic development of the society and shun vices capable of undermining the development efforts of the state government
According to him, once they have one or two training on vocational training,  barely one or two years, they would be employers of Labour, hence the decision to team up with Lagos Bureau of statistics, LBS, to take a safety survey of vocational institutions and have the safety data of the centres.
“Our job is based on data and it is also scientific, As we all can see that various vocational training embarked upon by the present administration,  among others were in tandem with the security and governance pillar of the T.H.E.M.E.S development agenda of the state,” he said.
Mojola also stated further that the objective of the specialized survey was to promote policies, programmes and projects of the state and to also look at its approach to safety, adding that “there is no better policy in a society than pursuing the health and safety of its people, which can only be gotten through Data.”
Earlier, the Deputy Director, Lagos Bureau of Statistics, Baruwa Basit, who represented his director at the event explained that statistics counts in whatever people do as far as governance is concerned, adding that statistics reveals that vocational studies was one of the ingredients that made the country relevant in the comity of nations.
He described the vocational training programme as the best way of empowering youths, hinting that some of the graduating trainees had started making money with their new vocations and even employing others.
Basit urged them to see the training as a means to empower themselves in terms of safety and technical enhancement.
“We are trying to look at our school system, vocational institutions and all entrepreurship centers as well as the academic staff. Six percent of those in Lagos are from informal sector, hence the reason our agency is collaborating with the Lagos State Safety Commission, because in this dispensation and present times, the importance of safety in our society cannot be over emphasized”, he said
Tags:   Lanre Mojola