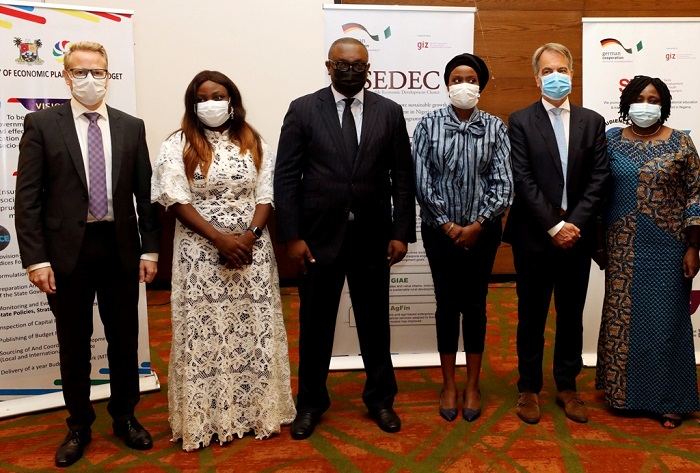 Lagos State Government has revealed that formulation of a data system for the Labour market, as well as scaling up skill development capacity with technical, vocational education and training is critical to reducing the rate of unemployment to a minimal level in the State and Country at large.

The design and creation of the information system is to provide accurate and reliable data on the current job status of residents for job creators, employers, seekers and other stakeholders.

This was disclosed at an event organised by the State’s Ministry of Economic Planning and Budget in collaboration with Lagos State Employment Trust Fund (LSETF) and German Cooperation GIZ held at the Eko Hotels and Suites, Victoria Island tagged: “Lagos4Jobs: Public-Private Dialogue on Labour Market in Lagos State.”

The move by the Lagos government is targeted at the youths to address the high rate of unemployment in the state; bridge the gap between job availability and employability in the Labour market and increasing more youth participation in technical and vocational education.

Commissioner for Economic Planning and Budget, Mr. Sam Egube said: “to drive initiatives around job creation, it is critical to develop a system that provides accurate and reliable data on the current job status of residents of Lagos state. A platform where multiple stakeholders can collaboratively synergize their information, expertise, and activities towards achieving the common goal – job creation and employment.

“A Labour Market Information System (LMIS) will aggregate data of Lagos residents by utilizing unique identification numbers like LASRRA number, Tax ID to track job status of residents with a view to developing initiatives that drive and continue to sustain employment and job creation,” Egube said.

The Commissioner said there is a consensus on the need to tackle unemployment especially amongst the youth in Lagos State, saying the activities by different stakeholders in both private and public sectors are currently disjointed which pose a huge challenge. He also stated the need for dialogue sessions between major players to share and deliberate on ways to bridge the gap.

“There is a consensus on the need to tackle unemployment especially amongst the youth in Lagos state, activities by different stakeholders in both private and public sectors are currently fragmented,” he said.

Tobias Wolfgarten, who is the Teamlead, GIZ Skill Development for Youth Employment (SYKE) Project in Lagos, said the dialogue would provide avenues for various stakeholders to deliberate on relevant areas in job creation; different aspects of skill development and sustainable growth for decent employment.

He said subsequent meetings of all stakeholders of the private and public sector in Lagos State, as well as some of the federal government agencies that are based in the State, will chart the way forward for technical working groups, where discussions on topics such as: Technical & Vocational Education and Trainings (TVETs), employment promotion, digital transformation, migration, re-integration and business enabling environment to upturn job creation will be discussed.

“We would like to develop and implement, enforcing policies for sustainable advancement in the relevant areas; which is the creation of jobs, special creation of decent jobs. Also sharing of skills, knowledge and expertise on different aspects of skills development and sustainable growth for decent employment. Then, the determination of key responsibilities between various stakeholders and facilitation of human execution of the capacity building.

“The structure will be on two levels, we will have a plenum of all relevant stakeholders of the private and public sector in Lagos State and some of the federal agencies that are based in Lagos that can make a contribution in the field of sustainable employment.

“This plenum of stakeholders will meet several times a year where we can discuss in technical working groups, where we can discuss some topics like TVETs and employment promotion, digital transformation, migration, re-integration and business enabling environment,” he said.