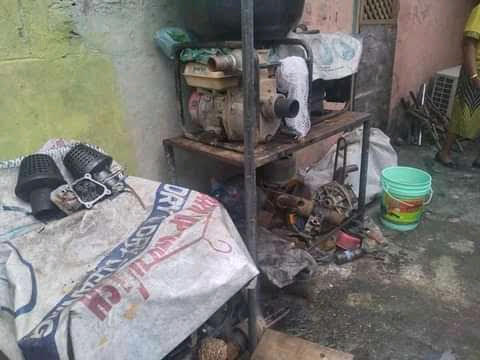 Unhygienic environment where pure water is being produced

This is sequel to ongoing clampdown on illegal sachet water factories by a team led by Tamunosisi Gogo Jaja, Commissioner of Water Resources.

At the factories so far visited and sealed, the Commissioner’s team was appalled by the unhygienic conditions, poor storage facilities and sachets of water bagged for sale to members of the public, popularly called “Pure Water.”

In some of the factories so far visited and sealed, the Ministry found out that Water directly collected from taps and filled inside the sachets without treatment and filtering for residues.

It was also gathered that some the water processing equipment were in disuse.

The Operators of illegal factories visited and shutdown are to face stiff sanctions for allegedly endangering Public health.